Mozilla is continuing its mission to make the browser a core facet of virtual reality (VR) today with the launch of Hubs, a WebVR experiment from the mixed reality team at Mozilla, which touts this latest app as an “immersive social experience.”

You begin by visiting the Hubs portal through any browser, then you choose a name for your virtual room, a robotic avatar, and a name for yourself, and you can enter the virtual world. To interact with friends, you can then copy/paste the URL and share a dedicated link with them. 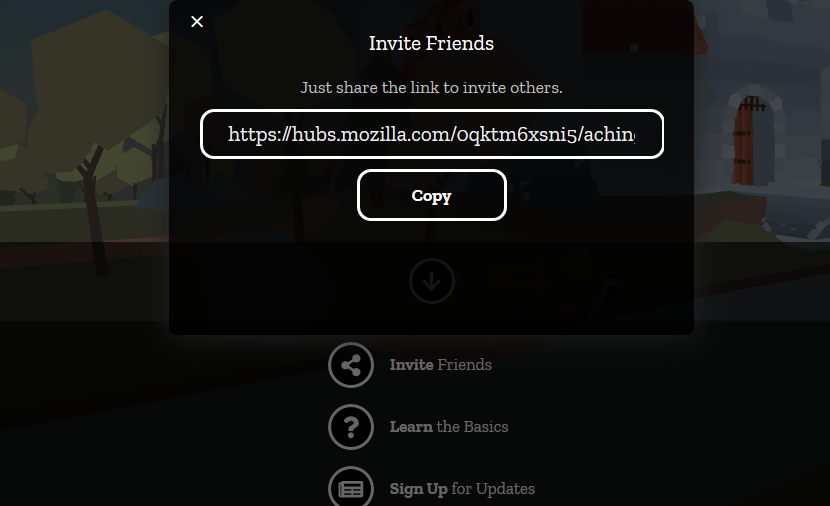 The process of getting things set up is pretty simple, and Mozilla designed it to highlight the ease of access it believes VR needs. “No gatekeepers. No installation process. Just click and you are there,” the company said in a blog post.

Indeed, Hubs adheres to web standards, works with any device, supports all the usual headsets/goggles (including Oculus Rift, HTC Vive, Daydream, and Cardboard), and also open to those with no specialist VR hardware on desktops and mobile phones — an inclusive gesture to ensure everyone can participate, not just those with dedicated VR hardware.

This means that in Firefox or Chrome, for example, you can view and interact with friends using your touchscreen, mouse, and keyboard.

Above: Hang with friends

Mozilla is one of the leading developers of WebVR, a JavaScript API that it hopes will make VR more accessible through browsers on PCs and mobile devices while also supporting the majority of the big-name headsets. Google brought WebVR support to Chrome in some Daydream-ready Android phones last year, and Mozilla’s Firefox later became the first desktop browser to officially support the WebVR standard.

Mozilla also announced a new mixed reality development program in October, with an initial focus on getting “devices, headsets, frameworks, and toolsets to work together.” Hubs fits firmly into those plans.

“This is one of many experiments we’ll be sharing from that work,” Mozilla said in reference to Hubs. “Using the web as a platform provides people with better choices and greater access. People shouldn’t have to be locked into a specific platform or device. They should be able to connect and engage with the web wherever it expands.”

“This technology is at tipping point,” Mozilla said. “If we want to continue to bring immersive experiences into the mainstream, we need to be laser-focused on removing friction for the user. The technology needs to step out of the way, and the experiences need to take center stage.”

Hubs is just an experiment for now, but Mozilla said there are plans to expand its scope to allow users to create their own virtual worlds and avatars. The company said it may also introduce integrations with “existing communications tools” in the future.