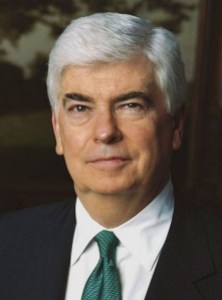 It’s been a rough two weeks for former senator Chris Dodd, who left government and took a gig as President of the Motion Picture Association of America. The SOPA and PIPA bills on online piracy he was fighting to get passed were pulled in both the House and Senate after a massive online protest.

At the Sundance Film festival today, Dodd seemed geniunely stunned by the force with which the internet hordes responded to the proposed laws. According to the Hollywood Reporter:

“It’s a watershed event, what happened,” Dodd admitted, noting that opponents’ “ability to organize and communicate directly with consumers” was a game-changing phenomenon that he hadn’t seen in more than three decades in public office. Fithian agreed, saying that the turnaround in November was “the greatest backlash I’ve ever seen. This was historic.”

Things may get worse for Dodd before they get better. He appeared on Fox News after the defeat of SOPA and PIPA, where he said that, “Those who count on quote ‘Hollywood’ for support need to understand that this industry is watching very carefully who’s going to stand up for them when their job is at stake. Don’t ask me to write a check for you when you think your job is at risk and then don’t pay any attention to me when my job is at stake.”

In response, a petition went up at We The People, demanding the White House investigate. “This is an open admission of bribery and a threat designed to provoke a specific policy goal,” read the petition. “This is a brazen flouting of the “above the law” status people of Dodd’s position and wealth enjoy.” The petition quickly collected the 25,000 signatures it needed, which means the White House will have to respond, either through the President or someone in his administration.