Sometimes, the path to startup success takes a sharp turn. In January 2009, VentureBeat wrote about Skydeck, an all-in-one mobile phone productivity service that offered caller ID, human-written transcriptions from voicemail to text, and Web-based management of the whole thing. In May of last year, I updated the story with news of Skydeck’s free, Google-powered transcription service for people unwilling to pay for the company’s human transcribers.

But yesterday, CEO Jason Devitt visited VentureBeat’s office to tell us about the company’s new name and new business focus. Mr. Number boils down Skydeck’s wide range of services to two: Caller ID for smartphones, and backup service for contact lists. After Skydeck launched the caller ID service last October, it became the most popular feature, with 250,000 users to date. So, Devitt renamed and refocused the company to leverage its obvious hit.

The caller ID system mixes both crowdsourcing and automated identification of telemarketers and other heavy dialers.

Devitt is a classic shoestring startup guy. The company, founded by Devitt in 2007, still has fewer than ten employees. He’s still operating on a $4 million series A funding from Saban Ventures in 2008. 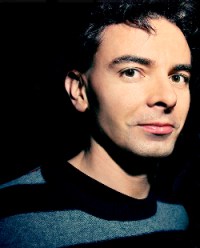 “It turns out that customers want us to focus on caller ID,” Devitt told me. “Their biggest problem is telemarketers and bill collectors. Those guys can be scum. Our customers don’t want to have to pick up to find out who’s on the other end.”

Bill collectors have become a problem for more Americans, as many unemployed or underemployed workers chose during the recession to stop paying credit card and similar bills in favor of keeping up to date on mortgage or rent.

Mr. Number’s business model is to eventually sell premium services to businesses, and possibly to individual consumers, too. For now, Devitt’s goal is to sign up as many customers as possible.

Most interestingly, Devitt’s team of developers have figured out calling patterns that identify a “bad guy,” meaning an auto-dialer for a marketing or collection agency.

“The fact that they don’t have a caller ID set, and aren’t in your contact list, already tags them as suspicious,” he said. “Telemarketers call at certain times of day, from certain area codes. You’ve probably noticed it’s never 415” — this San Francisco-based writer’s area code.

They also use automated dialers that hit many Mr. Number users in short order. That raises a flag at Mr. Number. And that kind of coordinated, real-time tracking of phone numbers, analogous to spam-tracking services used by webmail services like Gmail and Hotmail, isn’t possible for the less sophisticated phone-number lookup websites which rely on search-engine optimization to pop up when people search for the phone numbers that pop up in their lists of recent calls.

Devitt says that right now, the quality of service he can deliver varies wildly from one smartphone platform to another. “On Android and BlackBerry, it’s great,” he said,  because Mr. Number can look up an unknown caller over the phone’s data network while the phone is ringing. On some networks, notably Verizon, simultaneous data usage during an incoming call isn’t possible. Mr. Number looks up unknown IDs after the call ends, and displays the caller’s ID onscreen.

Apple’s iPhone, though, doesn’t let Mr. Number look up the call at all unless the user manually requests it.

“We debated whether it was worth doing at all,” Devitt said. Being on the iPhone, they decided, was important because not being on the iPhone seems weird at this point. Besides, Apple may gradually open up new functionality through its APIs, after figuring out how to keep the hooks from being used to deliver a bad customer experience.

Devitt doesn’t talk about parts of his plan, but there’s an obvious potential exit: If Mr Number’s crowdsourced database gets big enough, and draws enough users, it seems like an easy acquisition for a wireless carrier. The most problematic callers go out of their way to avoid being identified as anything other than a callback number. Mr. Number’s customers will probably prove much faster than a phone company at tracking down and tagging them.