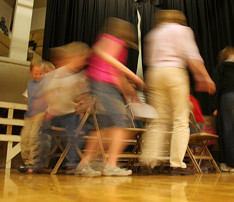 Considering a sizable portion of its upper management has left in the past few weeks, you had to know a reorg at the top of Yahoo was coming. The head (Jerry Yang) and brain (Sue Decker) are still intact, but the eyes, nose, ears, chin, etc are gone.

Two of the big moves are that Ash Patel will be in charge of a new audience products division, while Hilary Schneider will lead the go-to-markets for the United States, CNET reports. Both will be under Yahoo president Sue Decker.

There will also be a new inside strategy team, but it’s not clear at this time who will lead it, according to CNET. That person will be in charge of centralizing Yahoo strategy for data and analysis, and will also report to Decker.

Aside from those changes, the others include a creation of an audience technology group led by Venkat Panchapakesan. Prabhakar Raghaven will now head search strategy. David Ku will be placed in charge of advertising products and Tuoc Luong in charge of search products.

There will also be a group created to focus on the the much buzzed about area of cloud computing.

What exactly is going on behind the scenes with Yahoo/Microsoft/Google is not entirely clear, but Yahoo needed to make these moves to solidify its company.

Oh, and billionaire investor Carl Icahn who is trying to lead a hostile takeover of Yahoo probably still wants cut off that pesky head entirely.

Run children. Find your seat before the music ends!

update: Scott Dietzen will be named to replace senior vice president Brad Garlinghouse, according to BoomTown’s Kara Swisher. He will run all communications and community aspects under Patel.