MyDream Interactive is unveiling its LightVR virtual reality desktop interface for people who like multitasking with multiple screens.

The immersive desktop interface is aimed at opening VR — which could be a $30 billion market by 2020, according to tech advisor Digi-Capital — to more applications beyond games and entertainment. If the quality of the VR interaction is fast and responsive enough, it could be a better way of looking at your office work, according to MyDream.

MyDream has created a room simulator for the personalization of virtual space. LightVR is a multi-screen interface that lets users access the Windows desktop, web apps, and games all from a fully customizable 360-degree VR space with multiple screens, 3D props, and environments.

The company argues that working in 3D in VR may have some advantages over 2D screens, such as ensuring screen privacy and working in a limited physical space. If you’re a trader, then you might need to look at a lot of screens at once. Rivals include Envelop VR and others.

Palo Alto, Calif.-based MyDream Interactive was founded by Allison Huynh with the mission of promoting creativity, collaboration, and “courage” in VR. The company raised $2 million in seed funding in 2013. LightVR has 10 employees, and its investors include William Unger, a former partner at Mayfield Fund. Nolan Bushnell, founder of Atari, and Michael Terpin, founder of Marketwire, are advisors.

“LightVR’s advantages over competing virtual desktops are freely customizable position, orientation, curvature and size of the virtual screens, gesture activated pass-through vision and lighting fast performance,” said Rouslan Dimitrov, lead developer of LightVR, in a statement. “The ability to customize your VR preferences and to visually tap into the physical world are what make LightVR so groundbreaking.”

The company is showing the tech at the PAX West fan event in Seattle this week.

LightVR is an experiment in creativity that lets you access pre-made props and “technology posters,” allowing you to decorate rooms to your liking. For example, LightVR users could build a cozy and intimate environment, an enchanted forest, or a futuristic spaceship-style room.

Part of a dream room is allowing infinite TVs and monitors, which is supported through LightVR’s functionality, allowing users to create as many web apps as they like, whether that means watching YouTube videos and playing a video game or Skyping with friends. With LightVR, the screens can be either familiar computer monitor screens, web apps (such as YouTube, Facebook, and Skype), or games. They can be freely positioned, oriented, curved or sized with the VR headset motion controllers.

Interaction with the VR content can be done either through a traditional mouse and keyboard input or directly with the controllers, where intuitive gestures work. 3D applications are captured and presented in the VR space at 90 frames per second, providing a sense of seamless presence. 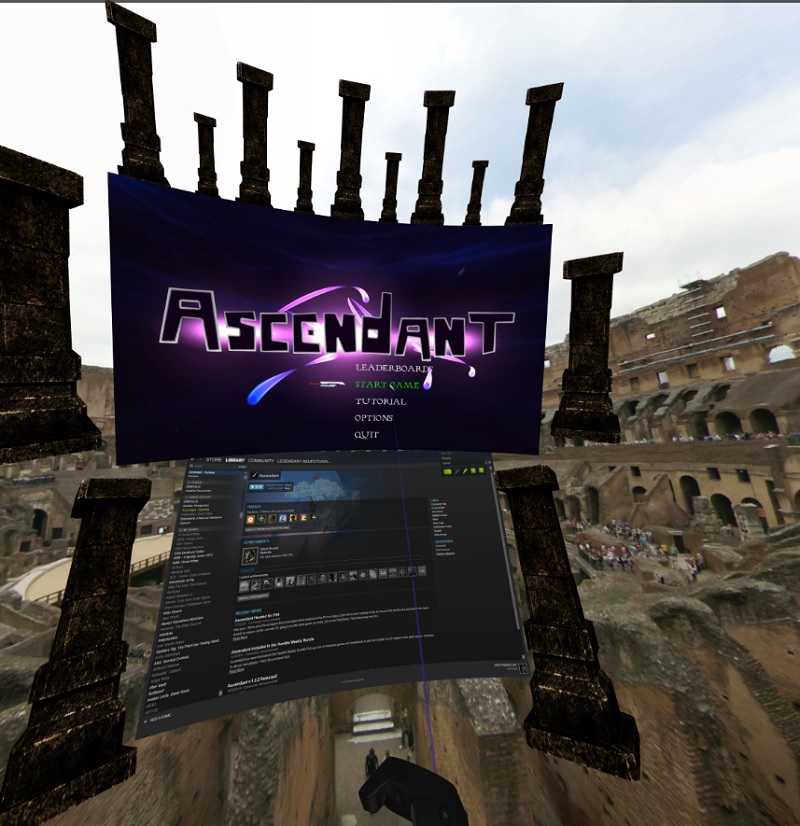 You can engage with people around you without taking off the VR headset. The camera is blended with the virtual world and is activated based on a set of configurable gestures, such as the user looking down at the keyboard. This “blended reality” allows for ease of typing and maintaining awareness of the physical world.

LightVR is available on Steam on the PC today. It costs $14 on Steam Early Access, and will be on sale for $7 during the launch period through September 16. 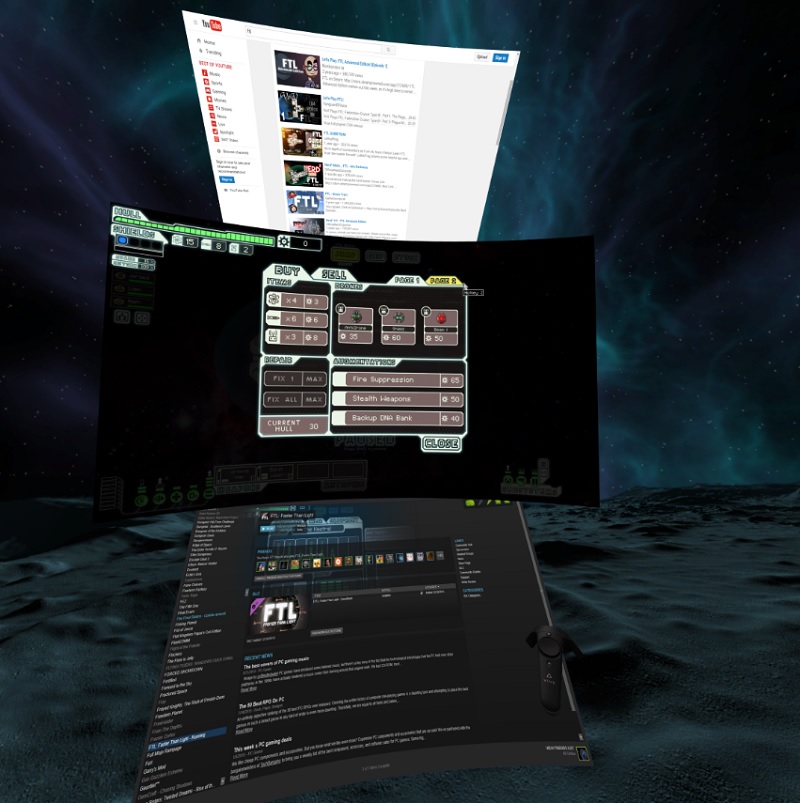 Above: LightVR lets you be productive in VR.