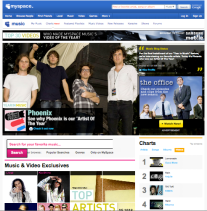 One of the most provocative essays on Internet culture I’ve read in the last couple years is Danah Boyd’s take on viewing class divisions through social networks. She controversially argued that “white flight” was playing out on the Internet, with MySpace becoming a digital ghetto as wealthier, more educated users fled for Facebook. As an anthropologist, her work is more qualitative and based largely on interviews, experiences and anecdotes, paired with data from external research institutes like the Pew Research Center.

But now that social networks like Twitter and MySpace are opening up their public data for indexing and mashups, more hard numbers can be put toward comparing and contrasting the kinds of conversations that take place in different online communities. (That said, quantitative data can have its faults too when looking at social issues that are hard to pin down like class divisions.)

Collecta launched its own variation on MySpace real-time search this week after the News Corp.-owned social network released a brand-new set of application programming interfaces this month for publicly shared content. Obviously you’d want to look at Facebook too, but the company’s not there — yet. Facebook gave Microsoft access to its public status updates, but whatever incarnation that stream of data will assume is not yet available. Plus, up until the big privacy change this month, Facebook’s public real-time content was also limited to mainly commercial messages on Pages and updates from those who were willing to bare parts of their lives to the world.

So using real-time search, I just wanted to compare real-time conversations on both networks. It’s very unscientific. I’m basically dipping my toes into the stream, so to speak, and capturing a few updates of what’s being said now. You can try it yourself here with Twitter and here with MySpace.

Hopefully, someone out there — an academic or developer — will come up with a more rigorous way of doing this for Facebook, MySpace or Twitter through real-time search. (Or even better, for specific Twitter lists.) I’d be interested to see stats on what people talk about, the style of language, foreign languages, replies, how far content gets shared or propagated through each network.

It’s not comfortable to admit, but I do think looking at Twitter and MySpace searches underscore some of Boyd’s points about class divisions playing themselves out in online communities. Of course, Facebook has become much more mainstream than it was when she originally wrote that post in 2007. But we don’t have access to all their real-time conversations. (Facebook did its own analysis on racial composition this month using peoples’ surnames and found that the site’s user base is coming closer to mirroring the U.S. population’s makeup.)

Anyway, here are a few Twitter-vs.-Myspace searches. Let us know how you think anthropologists and sociologists should make use of real-time data. 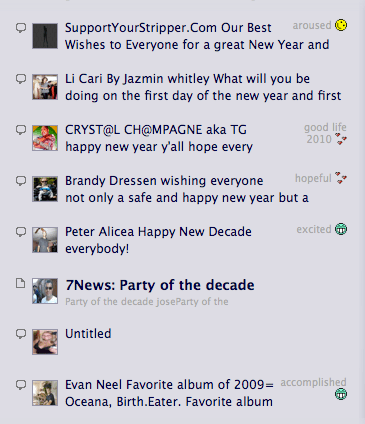 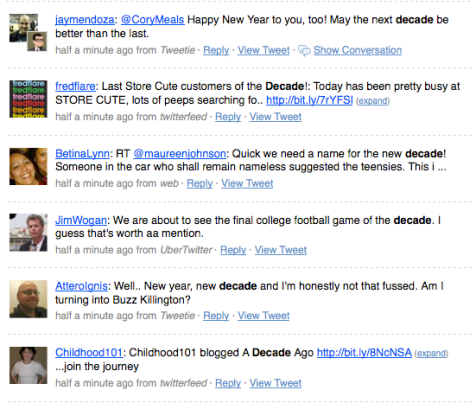 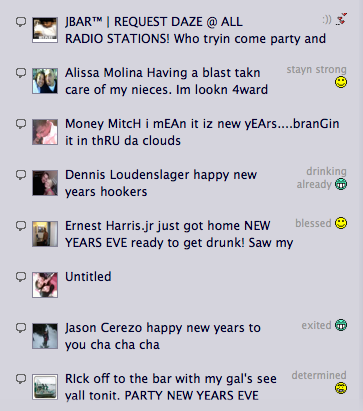 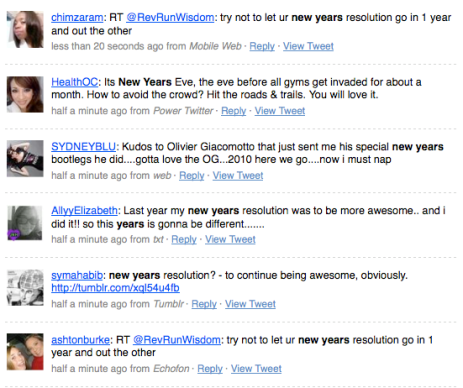 3) “Avatar” Both sites actually look pretty much the same here. 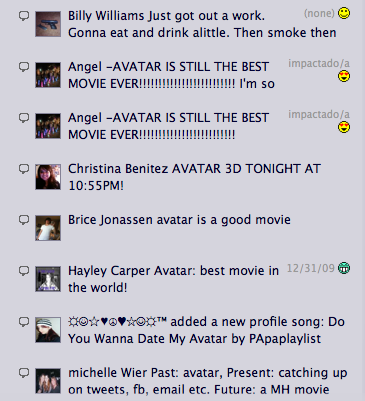 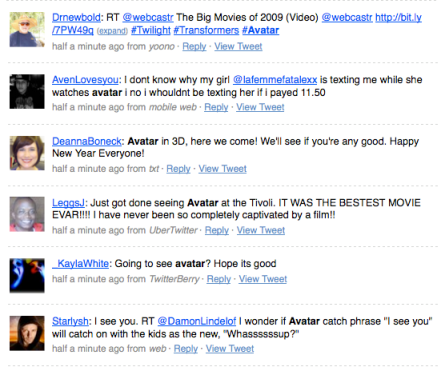 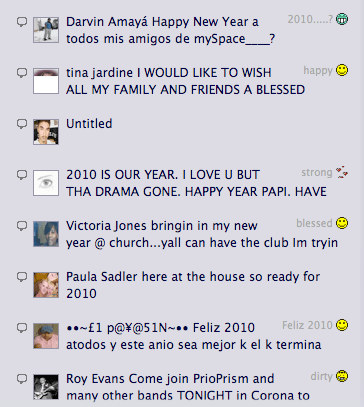 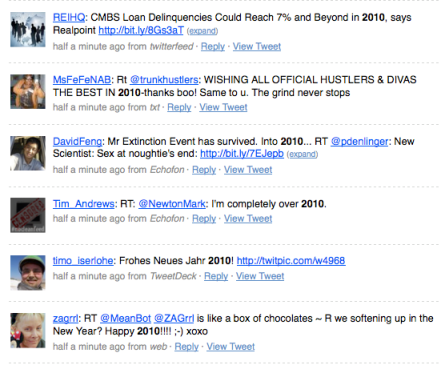 5) “Google” Twitter has the leg-up here with a lot of the tech community present. There are more shared links to interesting blog posts. 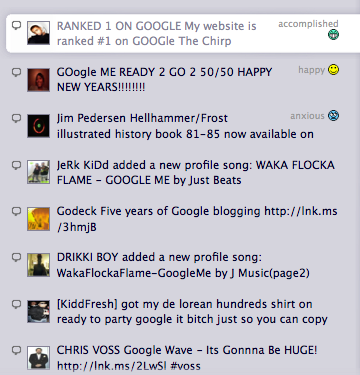 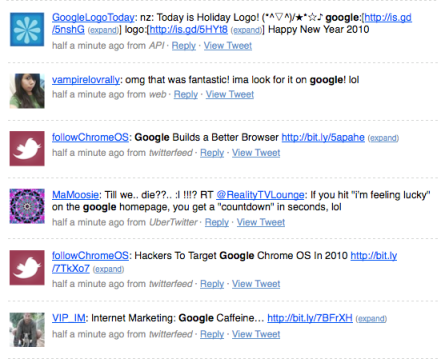 6) “Lady Gaga” A single MySpace search for a music artist is actually not really all that useful. People are changing their profile songs, which doesn’t make it that interesting. But this data could be used to create all sorts of music charts. 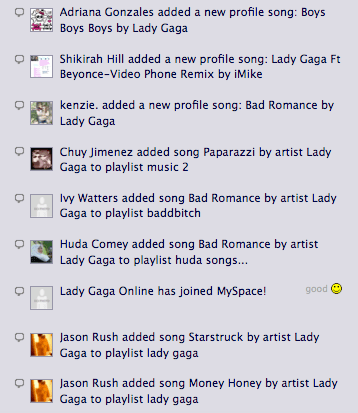 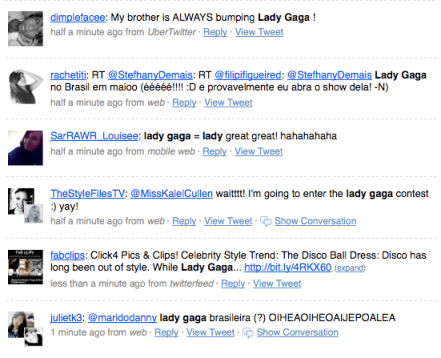