Myspace is launching a developer platform next week, according to Techcrunch — inspired by and competing against Facebook’s open platform.

It’s a full 180 degree about-face from last year, when the company was bullying companies like Photobucket that wanted to use its platform to make money.

While rumors of this move have been floating around for months, and the company’s executives have suggested it might be coming, the news, if true, is great for independent developers because they will be able to build more full-featured applications on the world’s largest social network.

News Corp.-owned Myspace’s platform will include application programming interfaces (APIs) and a markup language that allow developers to build their own applications that run within the site, the report says. Third parties will also be able to run their own ads through their applications, and keep all of the revenue.

Myspace has long been the pariah of social networks, at least for independent developers, even though it was one of the first to let third parties embed their own widgets onto the site. It has previously shown its disdain for developers by doing things like banning companies that have run advertising within widgets.

Like Facebook’s platform, Myspace’s platform will now give developers more access to user data, to help them build more full-featured applications, not just embedded widgets. Developers will, with users’ permission, be able to access profile information, lists of friends, a history of users’ recent actions on the site, and more.

However, the “walled garden” strategy hasn’t entirely disappeared: These applications will need to be hosted on Myspace’s servers. 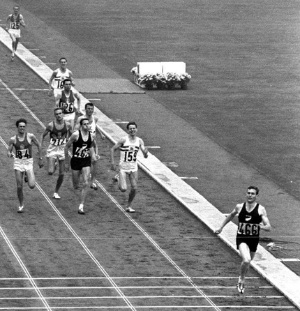 Every social network is racing to catch up with Facebook. Other social networks, such as Hi5 (our coverage) and Tagged (rumor here) are also looking to release their own developer platforms. Rumors also swirl around Google introducing an uber-social network based on Orkut that will interoperate with other Google properties, and give developers near-total access to user data.

However, Facebook applications themselves have been getting some bad press because they’re mostly entertaining and toy-like, not productivity tools

Just as MySpace prepares to announce its platform, Weebly, a three-person company that makes dead-simple website creation tools, is launching a new tool for MySpace pages. This tool, called SnapLayout, allows you to quickly and easily build and adjust a custom MySpace profile in a matter of minutes, with no knowledge of CSS required. Weebly has also built in a widget platform for developers, and could be in the right place at the right time to help developers new to Myspace launch their own applications. (See video at bottom of this post; RSS readers will have to go to site).

VentureBeat’s Matt Marshall moderated a panel at the Graphing Social Patterns conference yesterday, where the topic of Myspace’s platform was discussed (transcript via Christina Wodtke):

George Zachary (of Charles River Ventures): No one. Myspace is bigger, but they are owned by a media company, and they don’t get it. I don’t think they’ll beat Facebook.

Luke Nosek (of The Founders’ Fund): I think Myspace will slowly go away. Newscorp is just not innovative.

Lee Lorenzen (of Altura Ventures): Think aobut the genius of this move. Google, when they wanted the best programmers, they put out the math problem and offered nice food (to keep talent out of microsoft’s hands?). Facebook has 300 people and they are committed to what they are doing, no salary overhead…

Jason Calacanis (a blogger in the audience): Saying myspace is going away is ridiculous. How could you say it?

Luke: I could say it very very slowly.

Jason: Facebook hasn’t made any money yet! You say it’s going to be as big as google? Are you drunk?