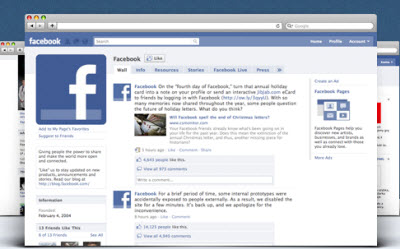 Nanigans said it has raised $3 million in a first round of funding for its Facebook advertising platform.

Boston-based Nanigans has created a real-time bidding platform for Facebook that makes it a lot easier to maximize revenues from advertisers who want to reach social consumers.

Typically, an e-commerce company doesn’t want to spend ad dollars on Facebook ads for clicks that don’t lead to customers who make purchases. Nanigans’ ad tech finds the users on Facebook who are more likely to become customers. It isn’t easy to reach large numbers of potential customers on Facebook and get a great return on investment when you are doing so. Nanigans automates that whole process so big advertisers can reach large numbers of potential customers. Nanigans takes an advertiser’s goal and targets the users who are likely to be converted from browsers into purchasers. It can try to find lifetime customers, who not only spend once, but are likely to spend over and over again. In ad lingo, this is called “optimizing for downstream value.”

Avalon Ventures led the round. Other investors include Boston-based angel Rich Levandov, managing director at Avalon Ventures, who led initial investment in social gaming company Zynga. He joins Nanigans’ board.

Nanigans will use the money to hire more people and expand its ad engine platform. Nanigans is one of the first Facebook Ads applications programming interface partners. It delivers social ads for more than 200 customers, offering Facebook ads, an automated campaign management service, and optimization for actions such as Facebook Likes.

Nanigans said it will serve tens of billions of ad impressions this month. Ric Calvillo, chief executive of Nanigans, said the company can deliver social ads at scale, in a highly automated fashion. The company was founded in 2010 and has 20 employees. Rivals include AdParlor and Kenshoo.