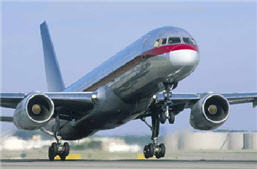 Google co-founders Larry Page and Sergey Brin have apparently broadened their research agreement with NASA, extending it to cover a new Boeing 757 and two Gulfstreams. Previously we reported the agreement they had with their original Boeing 767, in which they are allowed to land at the Silicon Valley NASA Ames Research Center’s Moffett Field next to their Google headquarters, in return for carrying NASA equipment.

The NYT confirmed news of an earlier report by Valleywag.

News was driven by NASA Ames’ release of the text of a July agreement between the space agency and H211 LLC, a company controlled by Google’s co-founders.