[Editor’s note: Darian Shirazi, 20, caught our attention last year, when he sold his company Fotodunk, to music social network iLike. His piece is especially relevant today, because he was inspired by Facebook’s example. Facebook has momentum, and will be making news today at its developers conference.]

In Silicon Valley, I see successful startups completely neglecting the importance of establishing an identity and workplace theme for their companies. I used to think it worthless for corporations to create identities — a distraction for employees. However, I’ve come to realize that running a startup is about much more than just building a product and then marketing it to the world. 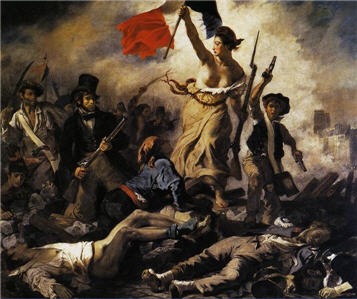 When I started working at Facebook before my high school graduation, I was completely new to the startup world – I had no conception of how to start a company and how to build a product for millions of people. After working there for several months, it wasn’t watching internal stats about active users that motivated me to continue building product. I was driven because I truly believed I was building something that was revolutionizing how people communicated. This startup mantra of “revolution” and bringing a new era to the internet world was one that fueled me more than the dozens of Coke’s I was drinking per day to stay awake through the night. 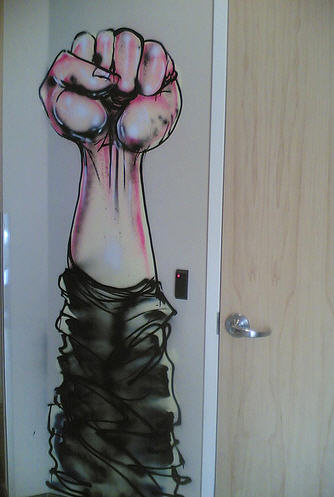 The recent graffiti painting of the Facebook office is quite original – many people think it’s a waste of money but I happen to think that the replication of the iron fist – a symbol of revolution – is the greatest aesthetic statement that the company could have made internally to incite people to put their heart and soul into their work. This method of having people work towards a common goal is one that makes it practically impossible to leave a company.

I’ve worked for other startups that completely neglect or do a terrible job of purveying this nationalist identity and, consequently, the lack of such an identity and “old-world” methods of increasing productivity led me to leave those companies quite soon after joining.

It isn’t enough to just say “oh we’ll just throw a company party or do some company events”; it’s about how you convey the message and the statement the management makes about how the product affects people. I know it sounds just a tad corny, but everyday when I wake up, I’m not thinking about the intricate tasks that I have to complete – that’s the easy part. I’m instead thinking about how I can be sure that our product will change the world.

Now that I run my own venture-backed startup, I’ve been establishing an identity for our company. The identity (which I can’t really talk about since it has something to do with the product we haven’t released yet) is quite unique. Startups who fail to identify this identity and incite nationalism from their employees either are working on a vitamin or haven’t fully understood their target demographic. Good products change the world and those products require many people to live and breathe that product for that change to occur.