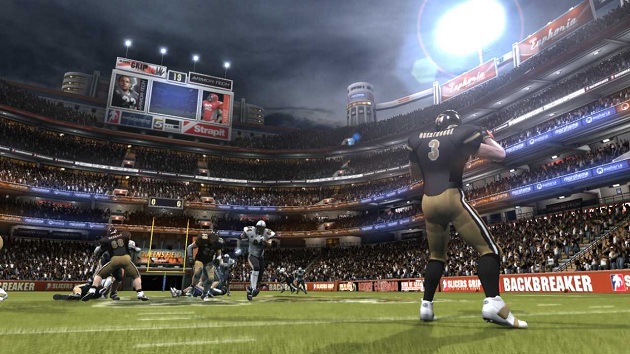 NaturalMotion has had great success making realistic physics technology for video games. But as a console game maker itself, it didn’t fare so well. The company’s Backbreaker Football console game featured brutal football games with realistic tackles. The concept was good. But when it debuted, the game was full of bugs and was panned by the critics. 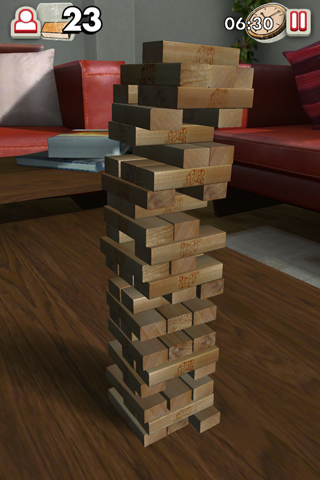 Now the company is looking for its second life in digital games. Using an outside developer, the company released a 99 cent version of its Backbreaker game on the iPhone earlier this year and got 3 million downloads. So now it has created NaturalMotion Games to develop iPhone games and has launched two new games on the AppStore. The titles are Backbreaker 2: Vengeance, a sequel to the football title; and Jenga, based on the board game. Both feature cool physics simulations for the first time on a handheld device.

“The retail environment can be very bruising,” said Torsten Reil, chief executive of the Oxford, England-based company, which also has offices in San Francisco. “We will continue to invest in the console side, and I wouldn’t rule it out. But digital distribution will be our priority. We can use digital to explore a number of different product types and business models.”

The technology makes a game seem more realistic because the behavior of objects and characters aren’t repetitive. They move according to the laws of physics, so they never make the same kind of motion in exactly the same way.

NaturalMotion will still license its physics technology — middleware known as Euphoria and Morpheme — to other game makers. But it will no longer focus on making console games itself, said Reil. He said that the company will differentiate its titles with its physical simulation technology, which accurately captures the behavior of virtual objects so they behave as objects do in the real world.

Reil said that the improved computing capability of the iPhone and other mobile devices finally makes it possible to do games with full-blown simulations. These games will look and behave more like 3D console games. In the Vengeance game, you try to tackle a ball carrier in football. The Jenga game simulates the behavior of a real Jenga tower, where the object is to pull out blocks without making the whole tower fall. Reil said six more mobile games are in the works.

“We have found our second career,” Reil said. “It’s not like a little hobby. It’s a significant new business opportunity.”

NaturalMotion Games has 85 employees and was founded this year. Its parent company was founded in 2001. Rivals include other mobile game makers such as Ngmoco, Gameloft, EA Mobile (a division of Electronic Arts), and Glu Mobile. Investors in the parent company include Balderton Capital. Licensees for the physic technology include Ubisoft, Take-Two Interactive, THQ, Activision Blizzard, Disney, BioWare and CCP.

Money from the licensees has made NaturalMotion profitable. The company is not seeking funding now.