Naughty America has created a new version of its augmented reality technology, allowing you to see virtual strippers in your bedroom with your smartphone or AR glasses app.

Andreas Hronopoulos, CEO of Naughty America, said in an interview with VentureBeat that last year’s experiment with AR using computer animated graphics didn’t turn out as well as expected. It was too hard for animators to create realistic-looking versions of real models.

“We settled on holograms in a strip club for AR, with volumetric video captures instead of computer graphics,” Hronopoulos said in our interview. “Viewers can bring a stripper into their living room on a pole in their home, as a private strip club. This is consumer ready, and included in your Naughty America strip club.”

The volumetric video capture looks a lot more like a real person.

“Last year’s computer graphics pale in comparison to what we have now,” Hronopoulos said.

The ideas of embracing innovation and technology is central to Naughty America, he said, as a lifestyle brand. “We have always been on the cutting edge of molding tech and content together,” he said.

That’s how the company has successfully argued for four years that it should be able to have a meeting room on the CES floor. Others, such as sex toy maker Lora DiCarlo, have had trouble getting CES approval.

The AR imagery will be accessible via an Android app, and the company will work on an iOS version later. 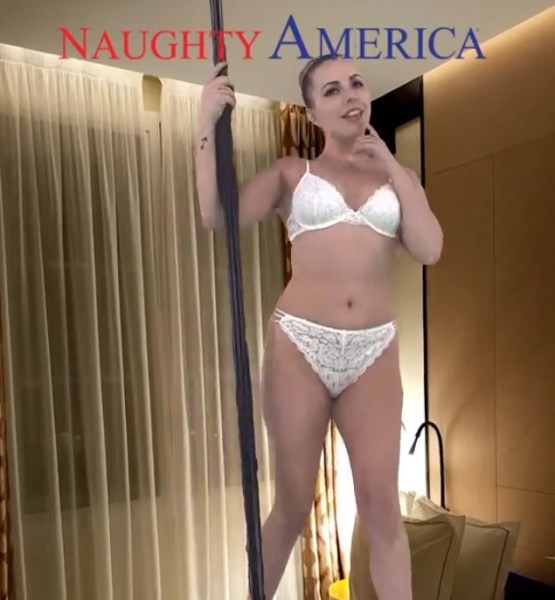 “Until now, we’ve been making 3D videos,” he said. “Now you will see an actual VR product in parallel to our AR products. If you have a VR headset, you will be able to be in VR and watch our content, bringing our strippers into the room with you or watch them in the club. It’s about how you bring Vegas to wherever you are.”