The inaugural season of the NBA 2K League was a success by most measures. When it culminated in August, the esports series had more than 152 million video views across all social media platforms, and the league’s 17 teams had more than 1.8 million combined followers.

It helps that this video game esport has an analog in the real world, with established fans for the NBA franchises that compete both on the real hardwood and the virtual court. That makes the game more accessible than a lot of other esports, according to Brendan Donohue, the managing director of the NBA 2K League.

I moderated a chat with Donohue last week at the Esports BAR Miami event. We talked about the success of the first season, the support for the league from brands, and the roadmap for the future. Donohue has ambitious plans — including improving the number of female athletes and viewers, along with expanding the league to places, such as China. The league, which is a joint venture between the NBA and Take-Two Interactive, aims to be one of the biggest global esports. 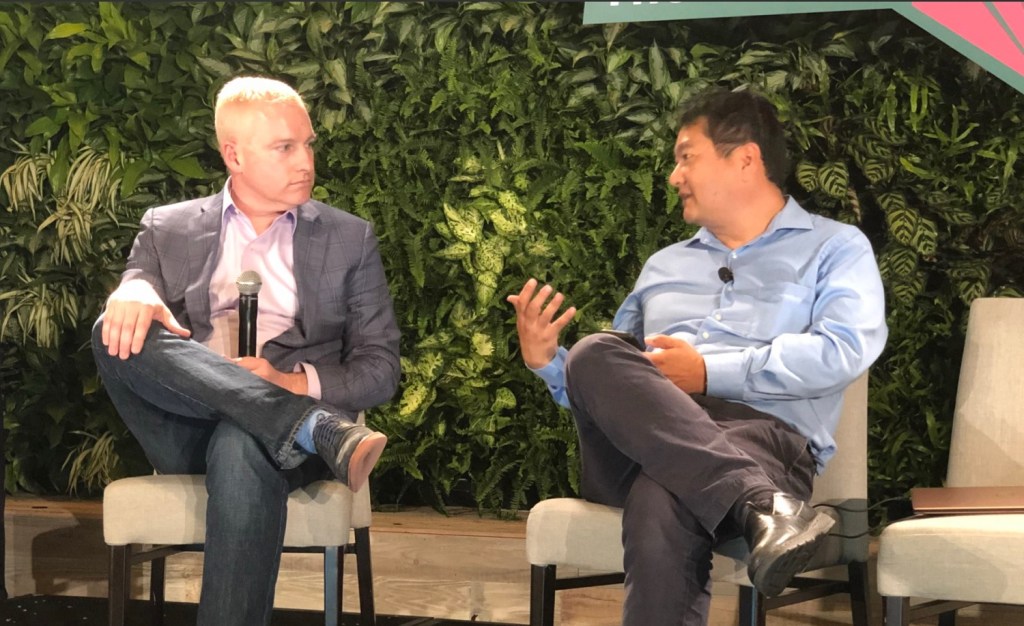 Brendan Donohue: I’ve been in the NBA in one form or another for 22 years. I was on the team side for 12 years, and I came into the NBA league office about 10 years ago. I took on this opportunity about 17 months ago.

GamesBeat: You made the switch from the traditional sport to esports. What convinced you? Was there a moment in time that struck you, that esports is the future?

Donohue: I guess it’s two different questions there. The thing that convinced me that this is a huge deal — this past January, we had our tryouts. Our tryouts are open. You could try out for the league from your home. We were working with 2K around what we could expect as far as the number of people who would make it through. We called it our combine, our final tryout. We expected 10,000 people might make it through. That’s what the data suggested from past behavior.

We got to February 1, and 72,000 people qualified for our combine. That was our moment. I mean, it’s a great problem to have. It showed how engaged people were. The international makeup of our 72,000 was interesting, too. In general, it was a positive sign.

GamesBeat: Could you describe how the NBA 2K league works and how things played out in your first season?

Donohue: We’re unique in traditional sports games crossing over into esports insofar as we’re five on five. There’s no AI involved in the game. In year one, we had 17 teams, NBA-owned teams involved in the league. For year two, we’re adding four more teams. We have 21 teams in year two, more than two-thirds of the league, which is very exciting. Similar to Overwatch, we have a market-specific setup. Our 17 teams in year one were based in their cities, no different from an NBA team. Based on the NBA model, we thought that was the best route to go.

Donohue: It was great. We had to create awareness of exactly what we were doing at the outset. That was our initial challenge. But the good news is we had consistent growth week after week. Our finals, we actually had 650,000 unique viewers watching a two-and-a-half hour broadcast. That far exceeded our expectations. Now, we’re building on top of that going into year two.

The other thing we’re encouraged by is the growth around our international audience. No different from the NBA, we have a global sport. In fact, I was just in Asia 10 days ago, and the amount of interest in the league there — we expect to grow beyond just NBA teams. We expect to have franchises all over the globe. We see having a Shanghai or London team playing Knicks Gaming. That’s our vision.

GamesBeat: The NBA 2K video game sold more than 10 million copies this year. You have this great advantage of, everyone knows the NBA. When you introduce this esport, the awareness is there. The teams are pouring marketing money into it. On the other hand, there are challenges in making a spectator sport out of a video game where the real thing is also a spectator sport. Can you talk about some of that?

Donohue: We don’t view it as a challenge as much as an opportunity. We think we have three distinct audiences. We have 2K players. As you mentioned, 10 million people play the console version. There’s an online version of the game that more than 30 million people play across the world. That’s another version. Then, we have NBA fans. Globally, we have 1.5 billion social followers of the NBA. And then, we have esports enthusiasts. That’s one of the reasons we thought partnering with Twitch made a lot of sense. We’ve been happy with the amount of folks on Twitch, esports enthusiasts, who are crossing over and giving us a try.

While certainly there is a real-life NBA game that exists, our advantage, we think, is that basketball is a globally recognizable game. That gives us an advantage with casual fans, which is unique. It also makes our partners very comfortable getting involved.

GamesBeat: Were there some interesting decisions you had to make early on in setting up the league?

Donohue: The one thing we decided to early on — Ben [Spoont of Misfits Gaming] mentioned this a bit in his discussion. It’s the importance of helping players manage the transition into esports. The NBA has a rookie transition program that helps players transition from college into the NBA ranks. We instituted the same thing. We have a 2K League rookie transition program where we teach players about the importance of culture, social media training, regular media training, living a balanced lifestyle, where that’s sleep or nutrition — all the things we teach our rookie players, we’ve learned from the NBA. We’re going to double down on that. We’re going to continue to give more of that guidance to help our players be successful.

GamesBeat: What do you notice that’s different about the audience — and the sponsors going after that audience — compared to the traditional sport?

Donohue: When we’re in meetings talking to potential partners, if they start talking about buying an audience, we tell them, “This is not necessarily the space for you.” We coach against that. You have to add value in some way, whether it’s to the audience or the players or the experience. You have to bring that to the table. We’ve lucked out in that we have great relationships with our NBA partners. 2K has many partners as well. That gives us an advantage. But still, we went through the same process of education and explaining what exactly we’re doing with all of our partners. 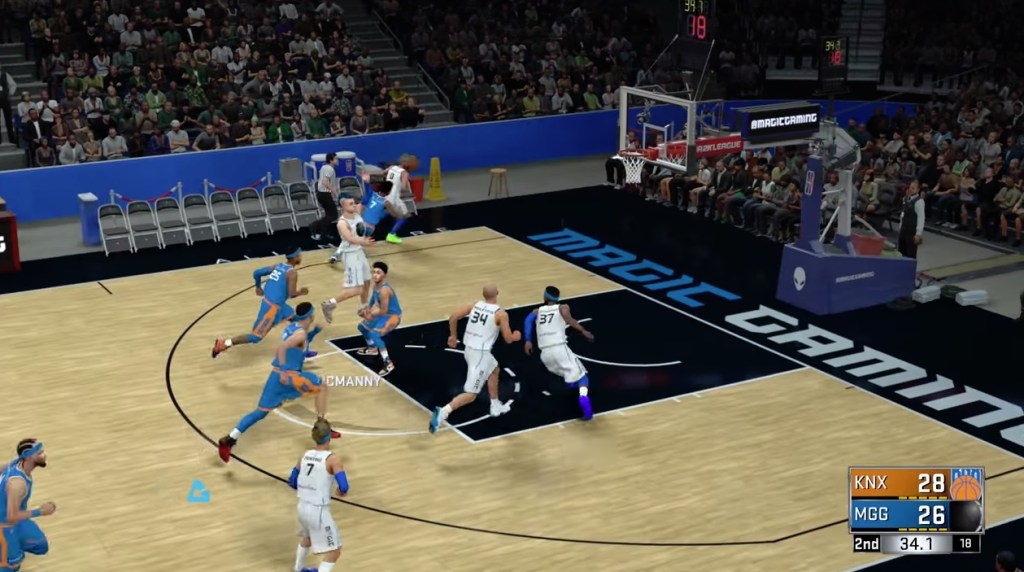 GamesBeat: What’s your view of where esports is heading?

Donohue: You look out at the people here in Miami gravitating around the space, I think it’s a pretty good sign. What I love about esports so far is that, whether you’re talking to Overwatch or League of Legends or any other, I think we collectively root for each other. We understand that there is so much growth happening that there’s enough space for all of us to be successful. There’s a great opportunity for all of us.

Something the NBA prides itself on among all 30 teams is learning from each other and figuring out what best practices work. It’s the same here. How do we translate our studio into broadcast? What can we share with each other? How are you managing players in their transitions? All of these things. We’re all learning on the fly with each other. That’s why I think these conferences are so important. We can spend time together, share, and figure out what’s working and what’s not working.