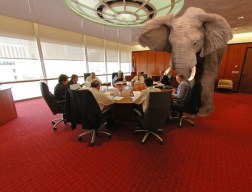 New Enterprise Associates, the major Menlo Park, Calif.-based venture firm, announced today that its new fund, its 13th, has finally closed at $2.5 billion — making it the largest fund raised by any venture firm in two years and encompassing 17 percent of all of the venture capital funds raised last year. This is a big feat.

Investing in energy, enterprise software, consumer-facing healthcare-related startups, NEA, the world’s largest venture firm ($11 billion across all its funds), has started to broaden its geographic focuses via its branches in China and India, where there should be a lot of activity in 2010. Now it has the money to make a big difference in those regions.

But NEA might be a dying breed. As the Wall Street Journal notes, multi-billion funds could soon be a thing of the past as traditional limited partners and institutional investors scale back the amounts they commit to venture funds. Apparently this trend has already started to influence NEA’s fund-raising tactics — it retained the services of placement agent Greenhill & Co. this time around, an unusual move for a firm of its size and caliber. And it still managed to miss its initial target of $3 billion, and its deadline by a whole year.

It’s interesting to note that analysts predict for this trend to continue, making it difficult for firms to put together large funds over the next two years, even as the overall economy and IPO market start to rebound.

But this might not be such a terrible thing for NEA — larger firms have their fair share of trouble moving fast enough and finding enough smart investments to reap sizable returns relative to its size. Sure, the ability to invest in a spectrum of early and late-stage startups helps mitigate risk, but, as BusinessWeek mentions, that may not be worth what it sacrifices in agility and creativity.

In its 31 year history, NEA has had 165 of its portfolio companies go public and 265 get acquired — that’s a pretty good track record. But it will be interesting to see how its strategy shifts when it starts raising its 14th fund.