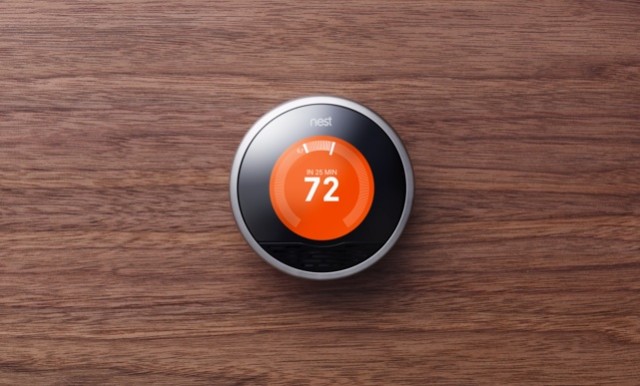 It’s become a tired pattern these days: create an innovative product, then sit back and watch the patent lawsuits pile up. That’s what happened to the smart thermostat maker Nest, which wowed the world with its gorgeous web-connected device in October, but later faced a patent infringement lawsuit from Honeywell.

Today, Nest officially denied Honeywell’s claims (PDF filing), and made it clear it wasn’t going to let up without a fight. The company has brought on former Apple chief patent counsel Richard Lutton Jr. as a vice president and general counsel, who has been advising it for several months.

Nest Labs is no ordinary startup — it was founded by Tony Fadell and Matt Rogers, two people who were instrumental in developing Apple’s iPod, and it has the investor backing of Kleiner Perkins, Google Ventures, and other heavyweights. Fadell tells The Verge that investors are “totally behind us,” which means Nest is better equipped than most small companies to take on industry heavyweights like Honeywell.

“This lawsuit is a bald effort by Honeywell to inhibit competition from a promising new company and product in a field that Honeywell has dominated from decades,” Nest wrote in today’s court filing. “Instead of countering product innovation with its own new products, Honeywell has a track record of responding to innovation with lawsuits and overextended claims of intellectual property violations.”

Honeywell claims Nest is infringing on seven of its patents, but Nest refutes that in today’s filing. The company points out that many of the patents require a mechanical hardware like a potentiometer, which the Nest doesn’t have, and it says many of Honeywells patents are invalid since they were never disclosed to the Patent Office.

“We’d be more than happy to have a professional discussion with Honeywell to understand what their issues really are” Fadell tells the Verge, adding that Nest is open to multiple options “if there’s something that makes business sense to our investors, our employees, and our consumers.”