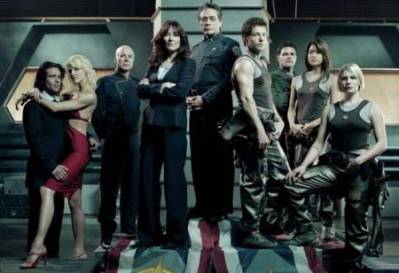 Netflix may soon offer a subscription plan specifically geared towards streaming video, according to a short blog post by CEO Reed Hastings. The company also announced today that it has landed a content deal with NBC Universal that will allow Netflix to stream more TV episodes from NBC, USA, and SyFy.

Hastings’ blog post was meant as an apology for comments he made earlier to The Hollywood Report. When asked if US consumers would react negatively to Netflix’s slightly cheaper Canadian subscription plans, Hastings said: “How much has it been your experience that Americans follow what happens in the world? It’s something we’ll monitor, but Americans are somewhat self-absorbed.” In the blog post, Hastings called the remark an “awkward joke.”

Since Canadian Netflix users can only stream video and don’t have access to discs by mail, it makes sense that their plans are slightly cheaper. Hastings’ comments about a streaming-only US plan implies that the company is aiming to make it even cheaper than its $8.99 plan, which is currently the cheapest way to get access to Netflix’s streaming service.

The apology comes after it was revealed that Netflix hired actors to play consumers at its Canadian launch event. For a company that’s normally beloved by consumers and press, it’s unusual for it to run into so much negative press so quickly.

Netflix’s new content deal with NBC expands an already existing deal between the companies. Now the site will be able to offer every episode of Saturday Night Live (including day-after new episodes until the end of 2012); every episode of 30 Rock, Friday Night Lights, and more from last season (in addition to the previously available earlier seasons); every season of USA shows Psych, In Plain Sight, and Monk; and every season of SyFy shows like Eureka, Destination Truth, and most importantly, Battlestar Galactica.