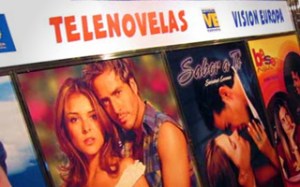 Netflix today began its launch in countries in South and Central America and the Caribbean.

Altogether, this expansion of availability, which was first announced back in July, means 43 new countries are now in Netflix’s territory.

The rollout should be complete by September 12, and folks living in Brazil can sign up for a free trial month of Netflix starting today.

Netflix is also planning to launch in Europe, but that region won’t have the service until the first quarter of 2012 at the earliest.

Currently available in the United States and Canada, Netflix serves around 25 million users in North America. The new coverage areas will give Netflix access to the approximately 205 million Internet users in Latin American countries. If Netflix sees roughly the same 10% adoption rate in Latin American countries as it has seen in North America, the expansion might nearly double the company’s userbase.

“Getting to this day has been incredibly rewarding for everyone at Netflix,” writes Netflix vice president of user experience and design Rochelle King on the company blog. “The passion and energy that have gone into building our Latin American service is amazing.”

King also noted that Netflix has taken a different approach in the region, realizing that how the Latin American population thinks about and consumes entertainment content is different from how North Americans might engage with their own (often vastly different) content.

For the new regions of coverage, Netflix has had to license all new films and television programming. Latin American audiences can expect to see the same range of classic films, newer features, documentaries, daytime TV and children’s shows that U.S. and Canadian audiences access through the service.

King also made a note about connection quality and streaming media, saying, “We’ve been testing and figuring out the right Internet architecture to make sure the quality and speed of the Netflix streaming experience is the best it can be.

“We’ve definitely learned a lot in these past few months, and we’ll continue to learn and improve as we grow and expand our service in Latin America.”