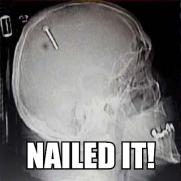 DVD rental company Netflix just blew the lid off its first quarter earnings. The Los Gatos, Calif. company netted $394.1 million in revenue in Q1 2009, representing a 21 percent leap year-over-year and a 10 percent bump compared to last quarter. These figures easily beat street estimates, which had the company pegged around $390 million for quarterly revenue.

Oh, but there are still a few dark clouds on the horizon.

In spite of this good news, the company’s stock has taken a 5 percent hit in after-hours trading. Likely culprits are a gross margin slip to 34.2 percent (down from 35.2 percent last quarter), a churn rate that trended flat from Q4 at 4.2 percent, and the expectation of a slower subscriber growth in Q2. But even with these minor setbacks, it seems odd that the market would hold this against a company that ultimately raised its guidance for the year, and saw 10 percent sequential subscriber growth for the quarter. We’ll likely have a better view of the situation when the market reopens tomorrow.

In the meantime, you’ll find a look at some of the highlights from the company’s earning call below. The full breakdown of the company release can be found here:

DVD & Blu-Ray Growth — Netflix CEO Reed Hastings says disc-based rentals will continue to be the company’s bread and butter for the foreseeable future, despite aggressive spending on its streaming service. Also, Blu-rays will continue to be offered at a premium until the company can negotiate lower disc prices from the studios.

Streaming Service — The “Watch Instantly” service continues to pick up steam, and the company expects steady growth for the rest of the year. Hastings says the company is taking a small hit by buying titles twice (disc + online versions), but the savings surrounding online delivery are minimizing the loss. On the hardware front, “tremendous amounts” of hardware partnerships are on the way.

Subscriber Growth — Netflix gained over 920,000 net subscribers for the quarter, bringing the total to 10.3 million customers. This represents a 25 percent increase from the 764,000 subscribers gained during the first quarter of 2008.

Acquisition Costs — The cost of gaining subscribers continued to drop for the first quarter. Acquisition costs averaged $25.79 per gross subscriber addition compared to $29.48 for the same period of 2008 and $26.67 for the fourth quarter of 2008

Competition — Hastings says its biggest competitors won’t be the crumbling rental stores, but the $1 rental kiosks by the end of the year. Despite the rise of this unlikely competitor, Hastings says the company will remain focused on its core DVD-by-mail business model to weather the storm.