With a quarter of all online TV viewing now estimated to be online, the myriad of companies permeating the video-on-demand (VoD) realm know they’re on a winning path.

But for consumers, it can be difficult to keep up with who offers what — every other week, Netflix or Amazon announce some new “thing” to either keep you sweet, or tempt you into their rival subscription video services.

As the online streaming war heats up, here’s a quick recap of who currently offers what between Amazon Prime Video and Netflix. 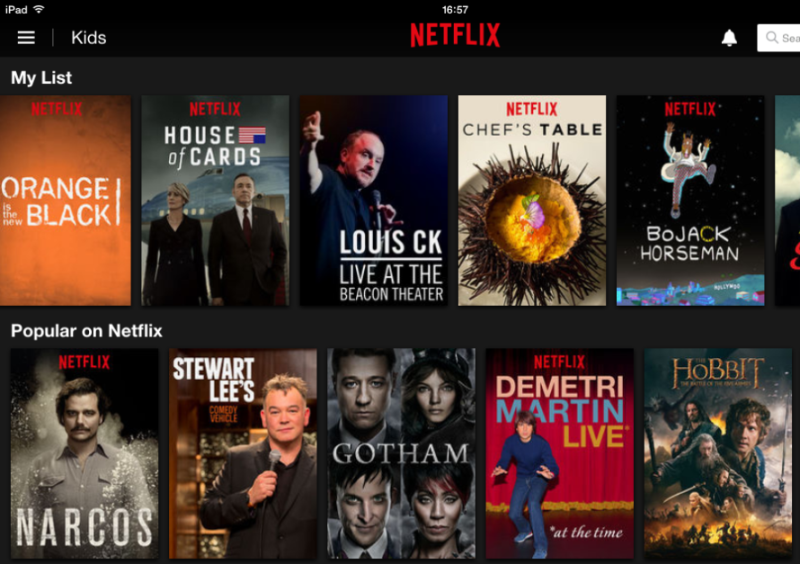 It’s difficult to assess the quality of Amazon and Netflix’s overall content, because it really comes down to what your preferences are. Broadly speaking, both have a good selection of old and new TV shows, with a smattering of decent movies. Most people say Netflix is better for TV shows and Amazon for movies, though.

Perhaps a better metric is original content — that is, content produced or commissioned by each company, because this is emerging as one of the main differentiating factors between all the players in the on-demand video space — not just between Netflix and Amazon.

BitTorrent announced its first foray into original content last year, while Vimeo too announced last May that it would fund six new episodes of the web series High Maintenance. Elsewhere, YouTube dabbled with original content in the past through its $200 million Original Channel Initiative, and Vevo has been churning out its own music-themed content for a while.

Hulu, arguably one of Netflix and Amazon’s nearest and most similar competitors, has been seeking unique content too, including a show based on the novel 11/22/63 from author Stephen King. Apple is also reportedly considering original content.

But Netflix and Amazon have been going all-out to align themselves with “original” — content you can’t find elsewhere.

Netflix has perhaps carved a bigger name for itself as an exclusive and original content provider, recently ending a deal with Epix that will see some major motion pictures removed from its platform. But Amazon is no shrinking violet either — it scored a major scoop this summer when it signed up the former Top Gear presenters for a new car show exclusive to Amazon Prime, reportedly paying $250 million for the rights.

If that dollar figure is correct, it would be one of highest amounts a digital-streaming company has paid for a show. For comparison, Netflix paid around $100 million for two 13-episode seasons of the uber-popular House of Cards.

But out of Netflix and Amazon, who currently holds the original content trump card?

Well, from the drama genre, Netflix has offered House of Cards, Orange Is the New Black, Marco Polo, Marvel’s Daredevil, Hemlock Grove, Bloodline, and Narcos. And for comedies it has BoJack Horseman, Grace and Frankie, and Unbreakable Kimmy Schmidt.

Netflix has also produced documentaries such as Chef’s Table, continuations of cult shows such as Arrested Development and Star Wars: Clone Wars, as well as special one-offs from the likes of Bill Burr, Chris Tucker, and the Trailer Park Boys. And let’s not forget about movies it has produced, premiered, or distributed, including The Battered Bastards of Baseball, Art of Conflict, Shotgun Wedding, Print the Legend, and What Happened, Miss Simone?.

All in all, Netflix can lay claim to more than 100 titles it has had a direct hand in bringing to market, with countless more in the works.

Amazon, on the other hand, has been big on producing pilots via Amazon Studios, but few have yet to make it into full-blown series. Not including pilots and kids’ series, you can almost count on one hand the number of shows Amazon has brought to market.

There’s Hand of God, which premieres all 10 episodes today (September 4), Bosche, Alpha House, Mozart in the Jungle, and Transparent. It also previously produced a TV show called Betas, but killed it after season one.

All in all, Amazon has offered about 30 pilots, six full shows for adults, and around five series aimed at kids.

Both companies are ramping up their original productions, and the landscape may be very different in a couple of years’ time. But for now, Netflix definitely holds the upper hand on own-brand content. 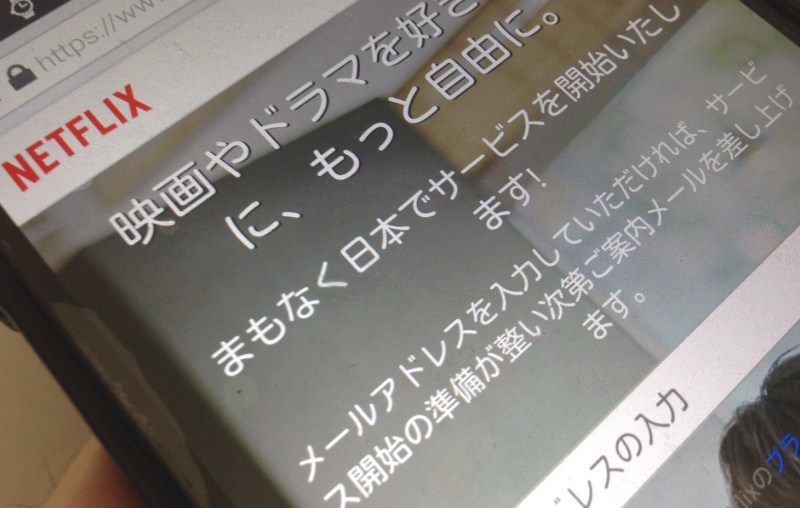 At the time of writing, Netflix is available in more than 50 markets, across the Americas (including Cuba) large swaths of Europe, Australia, New Zealand, and Japan. Other upcoming launches include Italy, Portugal, Spain, and Iceland, which are expected to go live later this year. Netflix has previously revealed that it plans to be available globally, in more than 200 countries, by the end of 2016.

On the other hand, Amazon Prime Video is only available in the U.S., U.K., Germany, and Austria, with Japan being added to the mix soon. 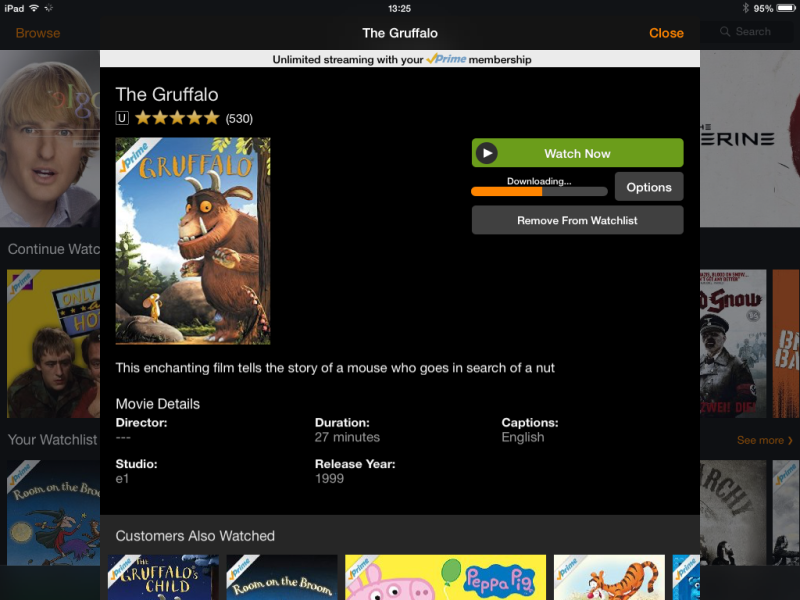 This is the one key area where Amazon has an advantage over Netflix. Earlier this week, Amazon revealed it was bringing offline access to Prime members on Android and iOS, having initially been available to those on Fire tablets and phones. Netflix, on the other hand, has absolutely no intentions of introducing offline access, instead pointing the finger at the (lack of) quality of Wi-Fi instead.

Being able to download your movies and TV shows might not sell a service on its own, but it’s clearly a massive benefit until we reach a point where Wi-Fi is ubiquitous.

While Netflix says Wi-Fi access will improve, the real reason it doesn’t offer offline mode is more likely the additional complexity this brings to licensing agreements. Many Amazon Prime Video titles aren’t available offline for this reason, and it seems Netflix would rather focus on simplifying its negotiations and catering to the majority of its customers who are within easy access of a solid Internet connection. 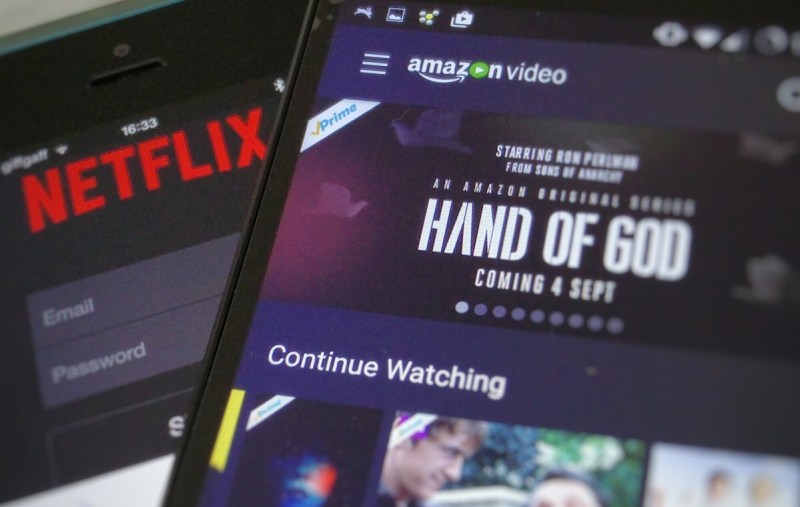 Above: Amazon vs. Netflix

Both Netflix and Amazon’s video-streaming services are available on a wide range of devices: browsers, smart TVs, game consoles, tablets, smartphones, Blu-ray players, and set-top boxes. But minor cracks start to show in Amazon’s offering the closer you look.

Given that Amazon also sells its own hardware, in the form of tablets, phones, dongles, and set-top boxes, it has at times favored its own products, even though their relative market share is tiny. For example, it first introduced offline access to Amazon Fire phones and tablets a while back, ignoring the massively more popular iOS and Android devices. As noted earlier, this was rectified this week.

Then there’s Google’s Chromecast, yet another massively popular device that lets you control your viewing on the big screen from your phone or tablet. Amazon has completely ignored this to date, instead focusing on its own Amazon Fire TV and Fire TV Stick. It’s this kind of omission that could actually deter a lot of people from using Amazon Prime Video over Netflix.

Then there’s the issue of Amazon Video’s Android app.

Until last year, Amazon didn’t offer a streaming app to Android users. When it finally did launch one, the process of accessing it was a mess. To enable it, you had to find and download the Amazon Appstore (.APK) to your Android device, and install the Amazon Video Player from there. This then let you search for videos directly within the main Amazon shopping app, which was linked to the video player.

Things improved earlier this week, when Amazon finally launched a standalone video-streaming app for Android — and YAY, it is pretty slick. However, you cannot download the app easily — you still have to go through the same convoluted process as before. Why Amazon can’t just launch a simple video-streaming app on Google Play is beyond me.

This is a tricky metric — what’s valuable to you may not be to someone else. Assuming both Netflix and Amazon offer broadly similar and appealing content, it’s worth looking at what else you get for your hard-earned cash.

An Amazon Prime subscription costs $99 a year, whereas Netflix will set you back $96. So let’s call that even. For your money, Amazon also includes speedy deliveries on goods, including 2-hour delivery for groceries in some cities (and 1 hour for an extra fee), a music-subscription service, and other add-ons.

While I would argue that Amazon should decouple Prime Video from the broader Prime subscription to help market the brand, Amazon has its fingers in many more pies than Netflix, and this bundling is all part of Amazon’s grand plan to get you to sign up.

It’s also worth mentioning Amazon Instant Video — this is Amazon’s broader video-streaming service that lets you rent and buy individual titles from within the same app where Prime Video lives. This is a huge advantage for the company, as people often wish to watch the latest movies and TV shows on demand, even if it falls outside their monthly subscription.

There’s little question you get more add-on benefits for your money with an Amazon Prime subscription than you do with Netflix, so Amazon probably just about wins this round.

It often feels like the Amazon vs. Netflix competition runs in one direction.

For example, when Netflix confirmed (again) last year that it has no plans to offer offline access to its millions of users — in its statement at the time, the company said, “There are plenty of other options if people want offline playback.” In other words, “go ahead, watch these other platforms, we don’t care.”

When announcing it was ending its Epix deal, thus losing many top movies, Netflix said: “While many of these movies are popular, they are also widely available on cable and other subscription platforms at the same time as they are on Netflix.”

The way Netflix sees it, it doesn’t want to be aligned with these other services. It sees itself as unique and, as such, reckons many people will pay for a Netflix subscription for its exclusive content. And if they also wish to pay for other services for their inherent benefits, then that’s fine.

If ever there was any doubt that Amazon was looking to one-up Netflix, well, in its press release around launching offline access on Android and iOS, it specifically name-checks its rival: “…unlike other subscription streaming services such as Netflix, Prime members can enjoy movies and TV shows as part of their membership even when they don’t have an Internet connection available.”

But Amazon adopts a perplexing approach to its delivery — it took a long time to launch a proper standalone Android app, one that’s still pretty confusing to access for the layman. And its failure to support Chromecast can be a big deterrent.

That said, Amazon is aiming at a much wider field than Netflix. It wants the general consumer, those who desire groceries on tap, music streaming, and access to the latest movies to buy or rent on demand.

While Netflix and Amazon are competing for a similar market with similar propositions, their respective executions differ. Overall Netflix probably has the more compelling product, with a good slate of originals that will only get bigger. This is backed by solid, accessible apps that work across most common platforms.