Netflix brought in just over a million total new subscribers for the second quarter of 2012, the company reported in its Q2 2012 earnings release today.

The numbers narrowly meet the guidance numbers the company predicted in the previous quarter. Netflix now has a total of 27.6 million subscribers in both domestic and international markets. As for revenue, Netflix reported $889 million (net income of $6 million) for Q2, and $0.11 earnings per share. That means Netflix has at least returned to being profitable again.

The earnings results aren’t much of a surprise, as analysts predicted Netflix would meet its guidance for the quarter. Wall Street also predicted Netflix’s usage would continue to rise, basing most of this logic on CEO Reed Hastings’ announcement that the streaming service had attained over 1 billion hours watched in June 2012. Netflix reportedly added 1.7 million customers domestically and 1.2 million globally for a total of 26 million in Q1 2012.

Still, the quarter was much better compared to the rough time Netflix was having during the same period last year. Customers were disgruntled with the company’s 60 percent price hike on combined streaming-and-DVD rental plans and a failed attempt at splitting Netflix into two companies. If that wasn’t enough, the company was punished with a loss of more than half of its stock price.

We expect to learn more about the company’s international expansion and threat of competition during the earnings call this evening. For now, check out an overview of the numbers below: 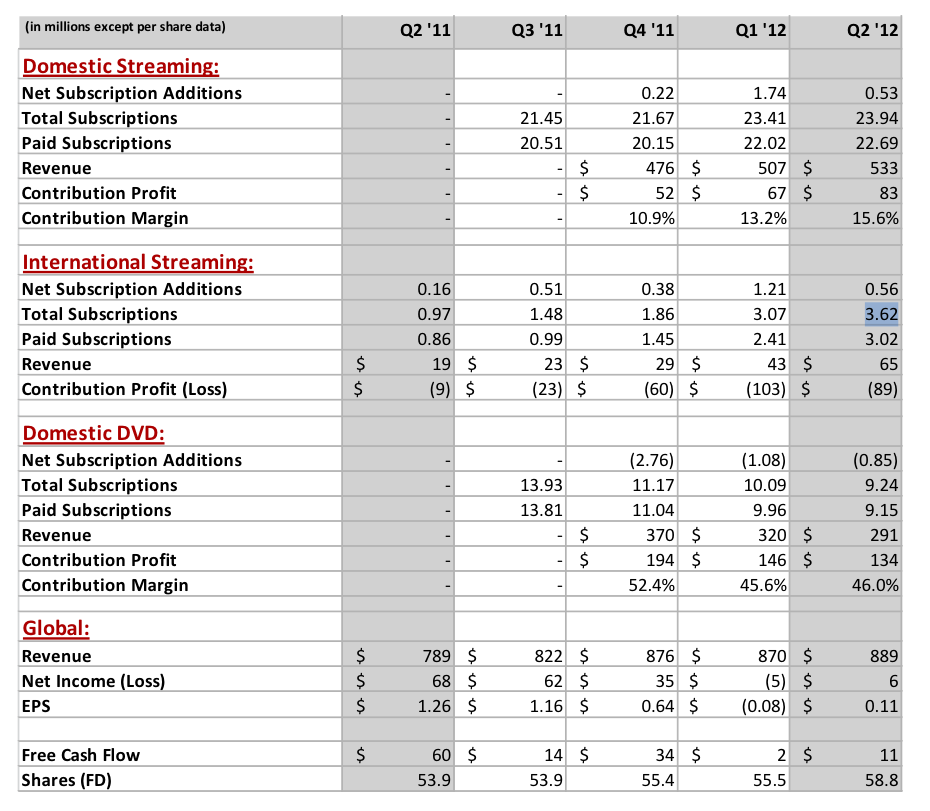