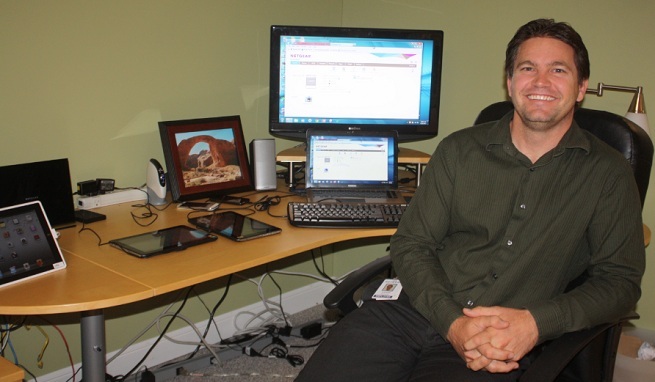 Apps are moving everywhere, even into your Internet routers. Netgear is validating that point with the announcement today of a $1 million contest to find the best app for a Netgear router.

It may seem crazy for a router gear makers to jump on the app bandwagon, but it’s moving to apps for all the same reasons others are. Now you’re likely to see a wider variety of networking apps, from parental control apps to mobile apps that can troubleshoot networking problems. The technology in routers, which are essentially computing platforms, is good enough to run more sophisticated app programs than they have been able to do in the past.

There is a big benefit in tapping the creativity of independent developers to build apps  that can run on top of open platform routers. The apps can generate additional income. And Netgear can generate routers that are customized at the app level for different market segments, allowing it to reduce the number of separate custom hardware devices and thereby reduce costs.

San Jose, Calif.-based Netgear launched its Netgear Genie+ app marketplace last year as it changed the hardware platform underlying its raft of router products. Those routers had been evolving over the years, but they became much more app-ready in the past two years because they had enough dynamic random access memory to actually run apps, said Cedar Milazzo, vice president of software engineering, in an interview with VentureBeat.

“We recognized a need for differentiation from a software view,” Milazzo said. “We built the software development kit across all our platforms and built out the cloud services to enable an app store.”

Netgear already has 1,000 developers who have downloaded the software development kit tools for its Smart Network Developer program. About 60 apps are live in the store now.

Netgear will take applications until Sept. 30. Then it will screen the finalists and have a panel of judges (including me) vote on the winners at the Consumer Electronics Show in Las Vegas in January 2014. The three top app developers will get a free trip to Vegas, and the final winner will get $10,000 and a chance to win the $1 million, 40-year annuity grand prize.

Milazzo said Netgear is changing how consumers interact with connected devices in the home so that the software and hardware experience can be seamless. The apps will be able to run on millions of Netgear devices that are already in consumer home networks. Most new Netgear products, except for low-end models with not enough memory, will be able to run the apps. Among the product lines that can run apps are Netgear routers and ReadyNAS network-attached storage devices.

The deadline for the contest is midnight Sept. 30. Apps are likely to fall into categories of business productivity; gaming; health; home energy; home monitoring; media (music and video); network management; network security; storage (backup and file sharing); printing; and support for both tech and non-tech services.

Judges will select winners based on criteria including ease of use; features and functions; originality; indispensability; and integration of hardware.

Milazzo said the need for better apps is clear because most home networks aren’t yet smart enough to optimize themselves for things that users need, such as improving bandwidth for streaming video that will be viewed on the main TV in the home.

“We realized the devices are always turned on and aren’t utilized most of the time,” Milazzo said. “It’s a great platform to let people do other things. We realize that we can’t do all of these things ourselves. It has endless possibilities.”

For example, he said that a coffee shop with its own router could set up a social network for its local customers, so that it can get to know more people and serve them better. Home automation and home control are also ripe areas for apps running on routers. All of the apps have to go through Netgear’s approval process for security and quality-control reasons. Milazzo said that apps are not allowed to open ports out into the open Internet, for fear of hacking.

Netgear will take a 30 percent cut on any sales related to apps.