In its first month in 2017, Netmarble’s Lineage 2: Revolution mobile game generated $176 million in one month. That helped Netmarble launch a lucrative initial public offering later on in the spring of 2017. But now the company is back, announcing that he massively multiplayer online mobile game topped $1 billion in less than a year.

Simon Sim, president of Netmarble US, made the announcement at the Epic Games’ session on the State of Unreal at the Game Developers Conference. It’s a pretty astounding number for a single mobile game. Lineage 2: Revolution has high-end graphics built with Epic’s Unreal Engine 4.

In the game, as many as 200 players can fight each other at once. Many people thought this kind of battle could only happen in a PC game. 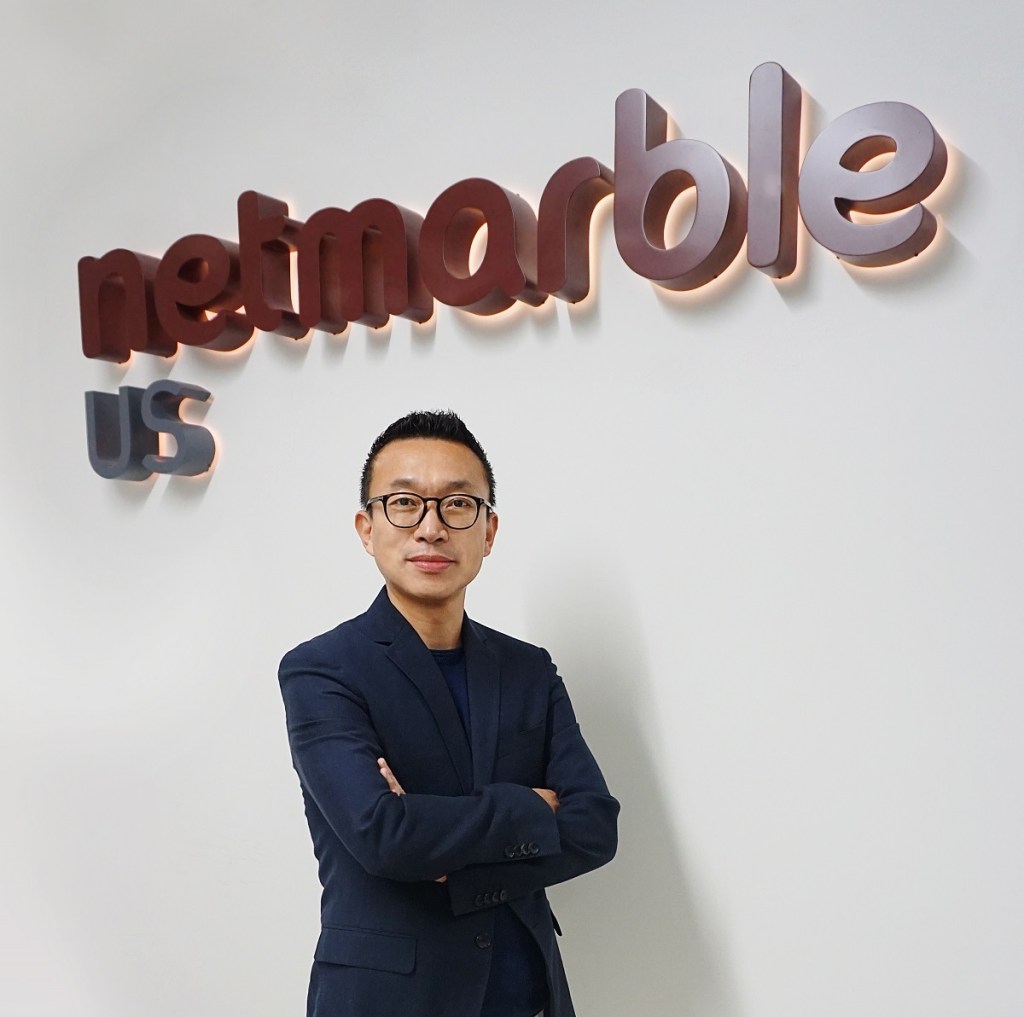 Above: Simon Sim of Netmarble US.

Back in December, Sim announced that Lineage 2: Revolution had topped 30 million users, thanks to a big influencer campaign in the West.

Netmarble is publicly traded and has a market value in excess of $8.9 billion. Netmarble recently launched Blade & Soul: Revolution in South Korea, and it hopes to score big with that graphically beautiful game as well. In the open world of Blade & Soul, thousands of players can play at the same time. It is currently the No. 1 and No. 2 game, respectively, iOS and Google Play. The game will be coming to the West soon.

Also today, Netmbarble confirmed that its action-RPG game — the King of All Fighters All Star — is coming to the West as the company announced the game will be available in North America, Europe, and Latin America this year on iOS and Google Play.