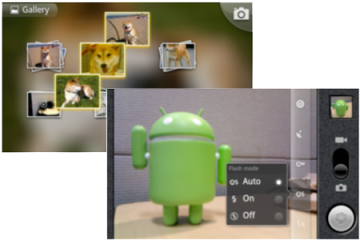 Owners of Google Nexus One phones have begun receiving updates to version 2.2 of the Android operating system, Google’s open source platform that is also used by Motorola and HTC. As shown in a Google marketing video meant for Android app developers, Android 2.2. has a faster browser and faster game play speeds.

Android 2.2 also enables Nexus One owners to use the Nexus One as a Wi-Fi base station, allowing up to eight other devices to connect to the Internet through the phone’s 3G wireless interface.

The phone can also be “tethered” to a Windows or Linux laptop through a USB cable. In a tethering setup, the laptop uses the Nexus One as a cellular modem.

Several other new features may be harder for non-technical users to understand. But they remove several points of frustration for customers:

One small improvement with a big effect: The Nexus One will now autocomplete email recipients’ names from a Microsoft Exchange directory. It’s a feature that Microsoft Outlook users have taken for granted for years, finally brought to Google’s Linux-powered phones.