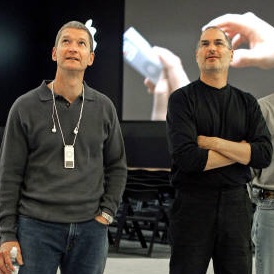 Yesterday’s bombshell news that Steve Jobs is stepping down as CEO at Apple has come as a shock to the tech community, but newly appointed CEO Tim Cook has assured employees in an internal email that nothing will be changing at Apple, Ars Technica reports.

“I want you to be confident that Apple is not going to change. I cherish and celebrate Apple’s unique principles and values,” Cook wrote in the email, which has been verified as authentic by Ars Technica. “Steve built a company and culture that is unlike any other in the world and we are going to stay true to that—it is in our DNA. We are going to continue to make the best products in the world that delight our customers and make our employees incredibly proud of what they do.”

Cook, who has been running the company while Jobs was on medical leave since January (his third in seven years), knows how to keep the ball rolling at Apple. As chief operating officer, he’s well-versed in the ins and outs of Apple’s business, and he was also tasked to run the company during Jobs’ previous medical leaves. Jobs underwent surgery for pancreatic cancer in August 2004, and in January 2009 he took a six-month leave for what we later learned was a liver transplant.

“Steve has been an incredible leader and mentor to me, as well as to the entire executive team and our amazing employees,” Cook wrote in the letter. “We are really looking forward to Steve’s ongoing guidance and inspiration as our Chairman.”

While assuring employees that Apple will remain the same sounds good for the short-term, that’s not going to be a sustainable mantra down the line. Apple is a company that thrives on reinventing itself and making huge impacts in the technology world. The company will need someone who can do more than just keep things running — someone, like perhaps Apple design visionary Jonathan Ive, who can take on Jobs’ role as a creative leader.

One Apple employee said, “Tim is a rock star, so I have a lot of confidence moving forward.”

Photo via Cult of Mac