Subscriptions are becoming increasingly major sources of Apple’s “Services” revenue, and the company’s been openly working on two followups to Apple Music: a paid subscription service for Apple News, and a video subscription service for iOS devices and Apple TVs. Each is said to be Apple’s take on the popular all-you-can-watch streaming service Netflix, here with independent news organizations providing endless news and Apple funding a huge slate of original videos.

Neither service has been officially announced, but both services have long been expected to launch this year, potentially as soon as next month. Shortly after a report spread yesterday that Apple has angered publishers by demanding a 50 percent cut of news subscription fees, unnamed “sources” told BuzzFeed News that Apple is planning a March 25 event focused on new subscription services, headlined by the news service. The sources “declined to say anything” on the video service, but deemed new iPad mini and AirPods models “unlikely to make an appearance.”

Under any circumstances — especially amid reports that news organizations are unhappy with the terms — it’s hard to imagine Apple asking journalists to travel to Cupertino just to cover the launch of a monthly news subscription service. To Apple’s credit, the company historically hasn’t wasted the media’s travel time or budgets with announcements that can be fully or substantially appreciated in a press release. Even if the biggest U.S. publishers all reversed course and signed on for the subscription service, that alone would be press release material.

Adding the official announcement of Apple’s video subscription service to the event would certainly make it more interesting, but still of questionable value to attendees. Apple would unquestionably bring out Oprah Winfrey along with some equally high-profile directors and actors to talk about the Apple-backed projects they’re (still) working on, but there’s been little indication that the video service is ready to launch. Without a lot of videos to consume, no one’s going to pay a monthly fee for an all-you-can-watch service.

That doesn’t mean Apple can’t formally announce the project; there are numerous shows and movies in various states of production, and they could be shown off in sizzle reels. However, announcing something without a near-term release date generally isn’t the company’s style, and it’s suffered some high-profile burns from doing otherwise. So unless Apple’s planning to begin signing “subscribers” up with an extended free trial, or pad its own offerings with lots of third-party content, the likelihood of an Apple-branded streaming video service launching next month seems low.

(Following initial publication of this article, CNBC reported that the video service could commence in April or early May, and “will allow customers to sign up for [other companies’] digital streaming products and watch them in the iOS TV application.” Starz, CBS, and Viacom are expected to be included in the service, while HBO is currently not, and neither Netflix nor Hulu will be involved.)

Perhaps there’s a third Apple subscription service awaiting imminent announcement — like the recently rumored iOS games service — but I wouldn’t hold my breath for that to happen next month, and in any case, an event purely or primarily focused on these services strikes me as all but implausible. Apple has tried purely software-focused media events in the past, but they’ve been dull, and unless Oprah’s going to be giving out free Project Titan cars to attendees, I don’t think this one would be any different. 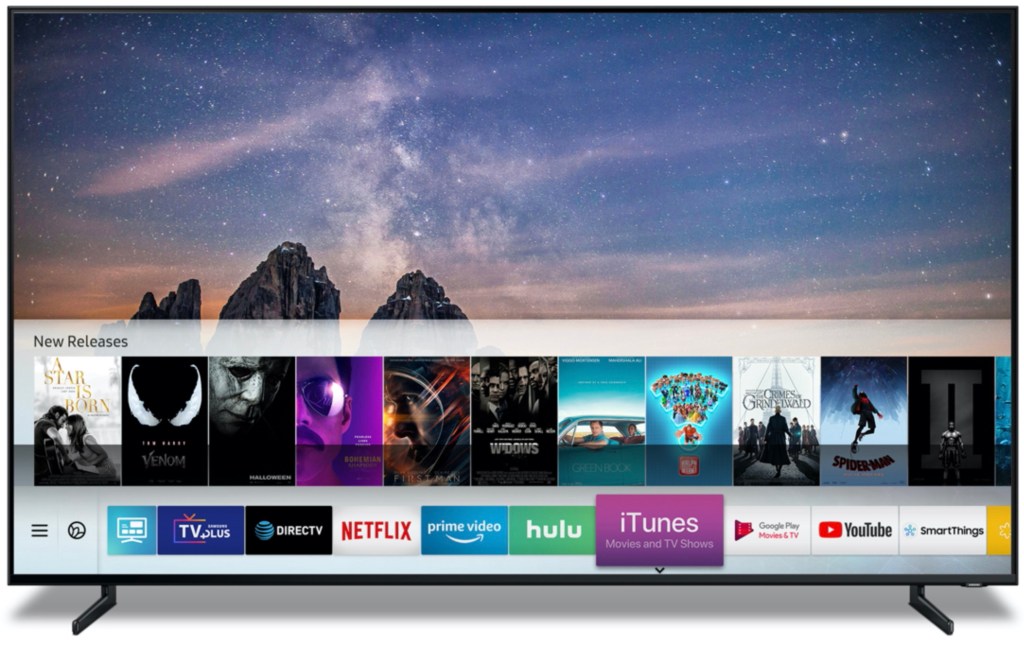 What I could see Apple doing is pairing up each of its subscription services announcements with corresponding hardware news. At last month’s CES in Las Vegas, several major TV makers revealed that their 2019 (and some 2018) “smart TVs” will include support for Apple’s AirPlay 2 audio and video streaming feature; Samsung also announced a new iTunes videos app designed to lets its TVs browse the iTunes Store and play back Apple-purchased content.

But none of the TV makers were actually demoing AirPlay 2 or iTunes videos; reps at the show suggested that Apple wanted to show off these features itself. Since growing the upcoming video subscription service’s potential audience beyond Apple TVs is the most likely reason for Apple to even allow other companies to offer iTunes compatibility, using this event to show off new TV hardware options — perhaps accompanied by a price cut to the Apple TV — would make sense.

A similar services-new hardware pairing could work for Apple News subscriptions, as well. There are already 85 million Apple News readers across three supported countries, with Canada already announced to become the fourth country when iOS 12.2 goes live. Expanding country availability is one thing, but adding more readers in existing countries is another. New, lower-priced iPads could help, and reports of updated entry-level iPads and iPad minis have been circulating since late 2018.

It would be easy to picture both the iPad 7 and iPad mini 5 showing up next month just as iPads have for the last two years’ March events. Recently discovered code in iOS 12 suggests that they could come alongside an iPod touch refresh, and as Eurasian device approvals revealed, potentially a third new iPad model as well.

At the moment, this is largely speculation, and I’ll be the first to admit that the iPad part contradicts BuzzFeed’s claim that an iPad appearance is “unlikely.” But no matter how excited Apple may be about its news and video services — as well as how popular they may one day become — they aren’t yet enough to justify an Apple-caliber media event by themselves. Assuming the event takes place as claimed, I strongly expect the company will have more than just subscription services to show off in March.