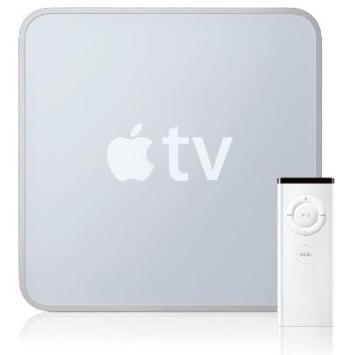 In May, we reported that the next Apple TV would potentially retail for $99 and run on iPhone-like hardware with iOS. It was an exciting reveal for a product that has long been ignored by Apple — but now it appears that the news surrounding the new Apple TV isn’t entirely rosy.

Engadget has received information on the project, which apparently has been renamed iTV (the original name for the Apple TV). The sources say that iTV will receive apps, but instead of being able to stream 1080p high-definition video like we previously reported, it will be limited to lower-quality 720p HD video like the current Apple TV.

Apparently, Apple’s A4 chip — which drives the iPad and iPhone 4, and would also be the heart of the iTV — isn’t able to handle 1080p (or 1080i) HD video. If true, that would be surprising, since the iPhone 3G S was shown to play 1080p video (albeit not very well) a year ago. Being stuck with 720p video won’t kill iTV right out of the gate, but it would bring to light some interesting limitations of the A4 chip.

Since 2007, Apple has considered the Apple TV “a hobby”. One of the most common observations after the Google TV unveiling was just how much Apple dropped the ball with Apple TV. We brought it up when the Roku Netflix set-top box was unveiled two years ago, and former VentureBeat writer MG Siegler wrote an impassioned piece on how Apple could fix it last year.

We likely won’t hear much about iTV officially until the fall, which is also when we can expect Google TV and Boxee’s set-top box to be available.