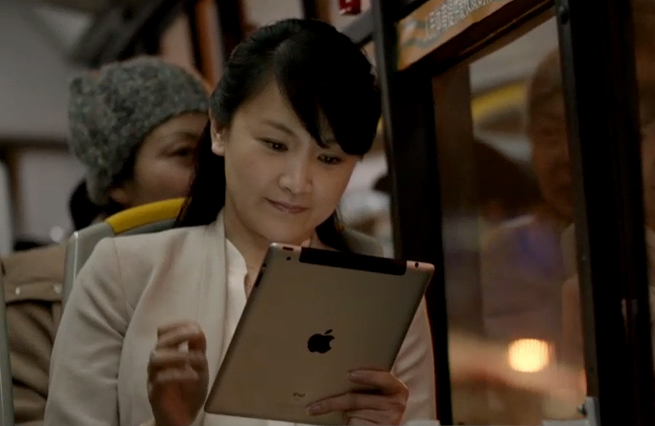 Apple’s new iPad was announced just hours ago, and while rumors might have spoiled the surprises, businesses that are considering the iPad will no doubt like what they see from today’s event.

A surprising amount of companies are using iPads, with Apple saying last October that 93 percent of Fortune 500 companies have deployed or are testing iPads. Considering that it usually takes forever for technology to be adopted in the workplace, the iPad has gained traction with CEOs bending IT departments to their will. No doubt we will see even more companies getting interested in the device with this new edition.

While the new iPad will include things like a higher-resolution Retina Display and a better camera, the real appeal for businesses will be with the device’s new 4G LTE wireless networking and A5X chip with quad-core graphics and dual-core processing.

Dan Kerzner, senior VP of mobile for MicroStrategy, said he expects that more powerful wireless data capabilities will easily be the most important feature the new iPad will offer. MicroStrategy offers a platform for building mobile business intelligence applications, with the iPad as a major emphasis.

“In business, fast is not fast enough,” Kerzner told VentureBeat. “Even if there is just a half-second gain, that can be the difference between using one device over another, especially in meetings.”

The other big upgrade that could help businesses who use intensive applications is the more powerful graphics processing from the A5X chip. One app that will see a nice boost from the new graphics chip is Roambi, which helps businesses visualize all of their data in incredibly cool ways.

“The innovations in processing speed and graphic capabilities unveiled with the new iPad will allow Roambi to raise the bar for mobile business apps even higher,” Quinton Alsbury, president of Roambi-maker MeLLmo, told us via e-mail. “We plan to take full advantage of this functionality.”

Another important development for iPad adoption in the business came at the end of Apple’s presentation today when it announced the 16GB Wi-Fi iPad 2 would now sell for $399. That price point will make it easier to justify buying an iPad over a netbook or cheap laptop at the same price.

“A cheaper iPad 2 might be the hidden gem of the announcement today,” Kerzner said. “This is a great way to broaden the appeal of the iPad to many more businesses.”

Let us know in the comments below if your business plans to adopt the new iPad (or maybe even the iPad 2) as devices in the workplace.