Myspace‘s revamped social music service, which came out of beta with a handful of new features earlier this month, is off to a rockin’ start.

The company reports that over 16 million people visited the new version of Myspace in its first week, with 35 percent of those coming from mobile devices. Also, the Myspace iOS app was downloaded 450,000 times in its first week. (Keep in mind that initial traffic statistics aren’t accurate when estimating how many people Myspace is luring in regularly, as many people may have just wanted to satisfy their curiosity.)

The company also tells me the new Myspace trended higher on Twitter than Kanye West’s new album, the NBA finals, and Apple’s iOS 7 announcement. That same week also saw the kick off of a $20 million advertising campaign that included a presumably expensive TV commercial featuring Pharrell and other artists I’m not hip enough to identify. [Commercial video embedded below.]

One thing Myspace doesn’t have that it really should after its first week of service? A licensing deal to play music from a slew of major indie labels that represent popular artists such as Ani Difranco, Arctic Monkeys, Arcade Fire, Wilco, Tom Waits, Animal Collective, The National, and thousands of others represented by digital rights management group Merlin. And for perspective, Merlin’s catalog includes a library of over 3 million tracks from about 20,000 independent labels (labels that are not affiliated or owned by one of the three major music labels.)

Basically, Myspace is playing music without permission, and artists whose songs are played on the service aren’t being paid royalties. What’s worse is that this has been going on since Myspace launched its public beta back in January.

“We do not yet have a deal with MySpace. Our labels’ music should not be available on the service,” Merlin CEO Charles Caldas told VentureBeat in an email response. “We continue to work to strike an appropriate deal and hope that they will ultimately recognize that our music will be a key factor in their success.”

Myspace CEO Tim Vanderhook confirmed that no licensing agreement with Merlin had been reach during my interview with him earlier this month. Additionally, the company isn’t trying to forge deals with individual labels, either, he said.

I asked for clarification on how Myspace can continue to stream music from labels represented by Merlin. A company spokesperson told me it’s because it has many different “complicated” distribution deals that those artists are a part of. Here’s the full statement from Myspace:

“Many artists represented by Merlin labels have territory-specific deals, but many of these same artists are also represented by other distributors who license their content as well. This means that Myspace can—and does—have the right to stream many of the artists under Merlin through agreements with other distributors. The licensing system is complex, and adding to that is the territory-specific layer. If you’re streaming from one country and go to another, you might not be able to listen to that same song on Myspace depending on the deal, distributor, or country. But this is why you’ll still find certain Merlin-represented tracks on Myspace, especially in the US.” 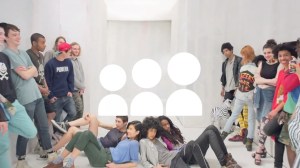 Myspace declined to comment on who these other distribution partners are. Specifically, I asked if Arcade Fire — who’s label Merge Records is represented by Merlin — fell under one of these distribution deals since the band’s tracks are available via an official Myspace artist page. However, the company also declined to comment. Regardless, Merlin asserts that Myspace doesn’t have permission to play those tracks.

Not forging a deal with Merlin seems like a pretty crazy move by Myspace, considering the great length the company is going to brand the revamped service as a destination for artists to connect with fans and gather listener analytics from across the web. The indie labels represented by Merlin account for over 10 percent of the overall global and U.S. music market and over 20 percent of streaming music revenues in 2012, according to Merlin.

That’s probably the same 10-20 percent of the market that’s most important to up-and-coming music discovery services like the new Myspace. That chunk of the market is also where Myspace has the potential to lure people away from iTunes, Pandora, Spotify, and other streaming music competitors — because if you’re discovering and interacting with new and favorite artists on Myspace, you’ll probably want to stick around to listen to the other 80-90 percent of music.

Another reason Myspace should forge a deal with Merlin is to prevent a broken user experience. For instance, people subscribing/following/sharing music from indie artists is a good thing, but not if those tracks are later removed because Myspace doesn’t have permission to play it. Users are probably going to be frustrated if their playlists and favorite songs/artists disappear a few weeks after adding them.

That’s not to say Myspace is completely worthless.

The new version of the music service has a lot of potential to distinguish itself from others. It may even recapture its role as the service that unearths unrepresented artists that end up signing major deals with larger record labels just as it did in the mid 2000’s. However, the decision to launch the full version of Myspace without an important licensing agreement from the indie label community’s main representative (Merlin) seems like a huge misstep.