Apple has just been awarded patent number 825265, which describes how Apple could create a cloned version of your digital identity in order to protect you from corporate or government electronic surveillance.

But data tracking is alive and kicking — hard. Advertising engines and trackers such as DoubleClick and Nielsen are following you from site to site to site, seeing where you go, what you click on, what you like, 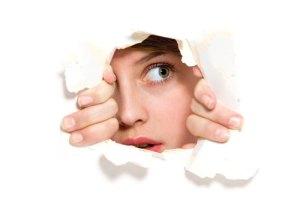 and where you live. They share — well, sell — this data to organizations like creditors, insurance companies, and recruiters.

And governmental organizations in places like China and Iran filter and surveil the internet with tools to control and monitor what their citizens are doing.

Gary Kovacs, the chief executive of Mozilla, spoke on this topic at TED earlier this year. In one day, he tracked over 150 different sites and services gathering data on his online movements and actions. The danger, from a privacy perspective, is a situation in which companies and governments have massive, hidden databases on you, your activities, and your tastes. And that you have no idea what they will do with all that data.

Apple’s new patent would protect you from all that.

But not, as Mozilla’s new plugin Collusion does, by hiding your tracks, or asking you for permission first. Instead, technology based on Apple’s new patent would use the Agent Smith method: doppelgängers.

Or, as Smith put it in The Matrix Reloaded: more!

Think about it: Companies or the government can track what you do online in a variety of ways. You can try to anonymize your activity with tools like Do Not Track or Tor, by refusing cookies, or by turning on Private mode in your browser.

Most of us are connecting from a particular domicile to which we are somewhat attached, from a machine that does not vary, over a connection that we pay a utility company for. There are a lot of traceable elements there. And as much as you might like to think differently, you are not Jason Bourne.

It sucks, I know.

Apple’s idea is simple: If we can’t easily hide what we’re doing, let’s do even more. In essence, software based on this patent could invent spurious electronic activity that appears to come from you: visits to websites, emails, file transfers, and so on. The flood of data would effectively anonymize little old actual you, since your real electronic activity would be some difficult-to-isolate subset of the entire flow.

It’s hiding in plain sight. It’s burying the needle in a stack of a thousand needles.

The less reliable the data that a company or government agency collects, the less valuable it is. It’s not as actionable, since the tracker doesn’t know if it’s actually you sending the email to the person who is married to the relative of a friend of the bank manager whose teller just got robbed.

Maybe it was Siri.