“Hello World” for WebRTC is 500 lines of Javascript. Using the new Tokbox API, however, it’s 20 lines.

That’s one of the promises of what TokBox is doing in the web video space. The Silicon Valley company, which was acquired by Telefonica (300 million customers, $80 billion in annual revenue) in 2011, focuses on delivering enterprise-grade WebRTC video for enterprises like MLB, American Idol, and PepsiCo, who use TokBox’s SDK to add video chat to their websites and apps.

The other promise to to make WebRTC manageable at enterprise scale, via its OpenTok Video Platform. 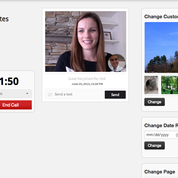 “There’s a long history of Silicon Valley companies that have tackled fairly complex infrastructure problems, taking all the complexity and pushing it into the cloud,” TokBox CEO Ian Small told me. “That’s what we’re doing for video in apps.”

WebRTC has tremendous potential and power to transform the way we think of websites and apps, and make them dynamic, living, auto-updating and refreshing creatures, sort of like 2000-style AJAX on steroids. But it’s complicated, and, with so much logic on the client, hard to manage at an enterprise level, Small says. That’s why TokBox has come out with Cloud Raptor, a product that enables full command and control of your WebRTC apps.

“WebRTC runs on your browser, so if you want your WebRTC reacting to your video, you have to do it in the client,” Small explains. “For example, if you run a consulting business and want to charge people for the number of minutes they spend on a call, you could do that in the browser, but not terribly secure … browsers crash. CloudRaptor lets you run this logic on your server.”

The idea and the technology extend to all uses of video — teleconferencing, for instance — and even, perhaps, beyond video, but TokBox is initially prioritizing customer service verticals and web chat uses of their WebRTC-focused SDK.

One example is Mantis, a service that TokBox enabled recently for its clients that tailors WebRTC to users’ bandwidth speeds. For example, on a call, a user with a smartphone on a slow cellular network might get just audio, while other participants on laptops connecting via fast WiFi might get the full video and audio stream. WebRTC already includes some adaptations for bandwidth differences, but will often still keep trying to push video at the expense of audio. 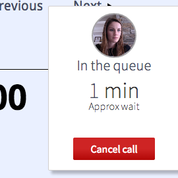 “We’ll see the connection quality, and if you’re on a bad connection, Mantis will will override WebRTC, strip out the video, and bump your  audio quality,” Small says. “So you don’t miss any audio … and we do it all automatically.”

In addition, while WebRTC is designed as a point-to-point protocol, TokBox’ technology enables one-to-many connections. In other words, plain vanilla WebRTC sending a video stream to five people means sending five video streams up. TokBok takes that one individual stream up and then sends it out to those five users — which, of course, saves users’ bandwidth, especially on the generally tighter upload side.

“We’ve notice a lot of demand in customer service verticals, pre-sales, health care, and financial management industries,” Small said. “Those are typically one-to-one calls or one-to-two calls, and they all have a similar set of requirements.”

The company will be releasing a first vertical solution kit for OpenTok shortly, and other solutions kits for different industries later. All of them require services — queuing, transferring, putting on hold, and more — that are table stakes for business teleconferencing and videoconferencing apps, but not included in vanilla WebRTC. 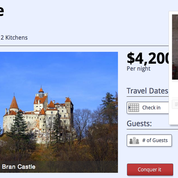 With TokBox, however, handling all the complexities, companies can enable enterprise-class and manageable web video chat solutions in literally minutes … putting, for instance a custom video chat customer service app on their Facebook page in less than a day.

“We’re taking 3 months of developer time and turning it into a couple hours,” Small told me. “Here’s a widget, stick it on your page … and now people can focus on their business, not video.”

Announced today, the OpenTok platform is entering public beta for the next two months, which TokBox will use to get feedback on the technology and finding the right pricing models.

It helps, of course, that Firefox 22 includes WebRTC, adding 400 million more users who can use WebRTC to the hundreds of millions who are currently using the Chrome browser.