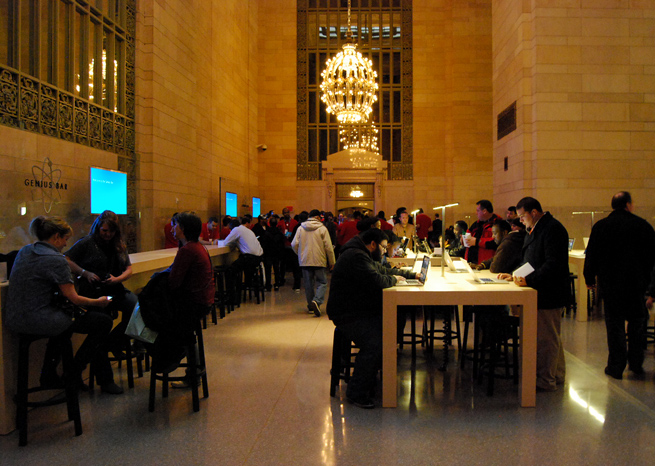 A new audit claims Apple received an unfair advantage when it placed a bid to install an Apple Store in Grand Central Terminal in New York City, the New York Post reports.

Apple opened the doors on its Grand Central location to much fanfare back in December. The 23,000 square-foot location is one of the world’s largest Apple Stores, and it’s right there at one of New York’s most visited landmarks. The store is expected to earn hundreds of millions of dollars annually because of the crazy amount of foot traffic Grand Central attracts from tourists and commuters.

DiNapoli’s report says Apple had been talking privately with the MTA for more than two years before bidding started. And, get this, Apple attempted to get New York taxpayers to reimburse the company for paying the restaurant Metrazur to leave its space so that it could install the Apple Store.

The MTA says the DiNapoli’s audit is off-base. “This audit is not fact-based, and, accordingly, their opinion is worthless,” MTA CEO Joseph Lhota said in a statement. “The MTA’s lease process with Apple was open, transparent, and followed both the spirit and letter of the law.”