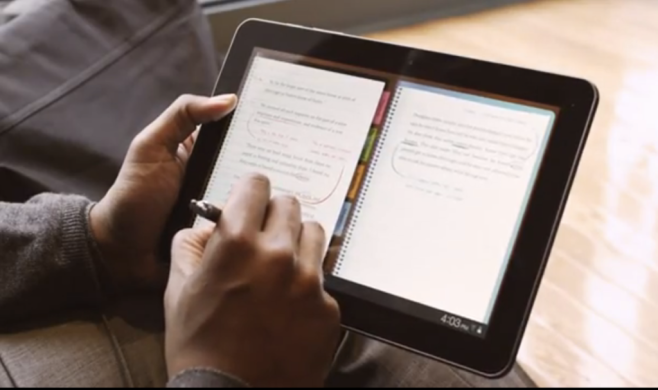 After getting lessons recently on the legality of cell phone hacking, News Corp is looking to do some teaching of its own.

The company has finally given a name to the education unit it launched almost two years ago: Amplify. At the division’s center is the Amplify tablet, a Samsung Galaxy Tab-esque slab targeted at students from kindergarten to the 12th grade.

Designed to be a student’s centralized education hub, the Amplify tablet has a pretty robust feature set: More than just textbooks, it offers games, simulations, and even a curated library tailored to each student.

Teachers are also offered a wide variety of tools, including the ability to offer realtime feedback to students as well as to group students according to their progress.

News Corp aims to begin testing the Amplify tablet with students during the upcoming school year.

At Amplify’s helm will be former New York City school Chancellor Joel Klein, who joined News Corp back in 2010. Soon after, Klein led the internal investigation into the News of the World phone hacking scandal — a controversy that tore him away from his education duties for months.

The Amplify announcement comes less than a month after News Corp CEO Rupert Murdoch announced that he was splitting his company into two parts — publishing and entertainment. While the newly branded education sector is hardly a money-maker just yet, it will be interesting to see what comes of its efforts over the next few years.

Check out the video below of the Amplify tablet and its features.