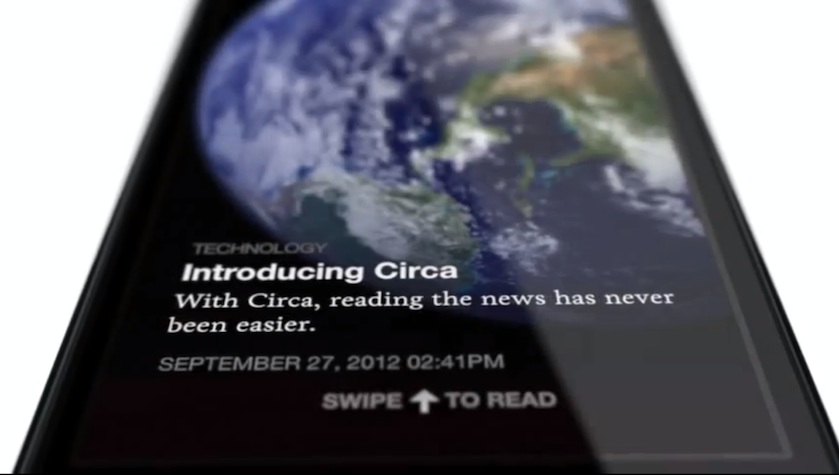 News reader app Circa is stacking the deck when it comes to editorial talent. Today the startup announced that it had lured away Reuters social Media editor Anthony De Rosa to become Circa’s editor in chief.

Circa focuses on people who want to read the news via their smartphone, often by stealing minutes in between whatever they’re doing during the day. As such, articles on Circa are condensed into snippets of information — about a paragraph or so — as well as pull quotes and links to other sources that either broke the news or add something significant to the overall story.  It also adds rich media to its articles (images, maps, etc.), that’s intended to give you a more well-rounded understanding of a particular story without overwhelming you. This is an entirely different approach to how other news reader services are doing to push the best news to its users.

Using editors to curate news rather than algorithms or tools is a very different approach to what other news readers (Pulse, Zite, etc.) are doing. And at the same time, it’d also doing something that most digital publications aren’t — trying to evolve articles beyond a mess of paragraphs and subheads.

“There’s a huge opportunity to present news in a way that’s made for mobile,” De Rosa said in a statement. “Nobody is thinking about this more than Circa and I’m thrilled to help move that mission forward.”

De Rosa will assume his new role at Circa in mid June, joining Circa technology editor Nicholas Deleon (formerly of The Daily), director of news and Circa cofounder David Cohn, and 11 other contributing editors.

As for Circa, the startup has big plans in the near future. It plans to launch a 2.0 version of its iOS reader app and an Android version of Circa due out before the end of summer.

Founded in December 2012, the San Francisco-based startup has raised a total of $1.65 million in funding to date from David Karp, Lerer Ventures, Advancit Capital, Menlo Talent Fund, and many others.