The number of active smartphones across the globe should reach 3.3 billion by the end of 2018. Of those, the most popular smartphone brands are Samsung and Apple, with market shares of 27 percent and 24 percent, respectively.

Worldwide, about 39 percent of the population will be use a smartphone by the end of 2018. That percentage is expected to grow to 48 percent by 2021. 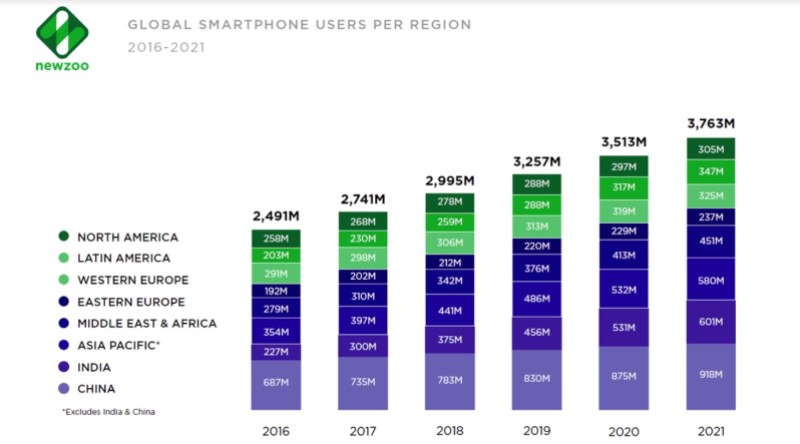 Chinese firms are continuing to gain prominence, both locally in China and on a global scale. Xiaomi, Huawei, Oppo, Vivo, and Lenovo are all currently in the top 10.

In terms of the 234 million active tablets, Apple is the clear market leader, with 67 percent market share.

Across the global market, consumers will spend $92.1 billion on apps this year. More than three-quarters (76 percent) of these revenues will be generated by mobile games, while 24 percent will come from non-game apps.

China’s ever-growing mobile industry will account for a remarkable $29.3 billion of total app revenues. India, meanwhile, has grown to become the second-largest mobile phone market. About 28 percent of the Indian population — 375 million users — have smartphones today. That means there’s lots of room to grow, and Newzoo expects the number of smartphones in India to reach 600 million by 2021. The U.S. is third in smartphone users, followed by Russia and Brazil. 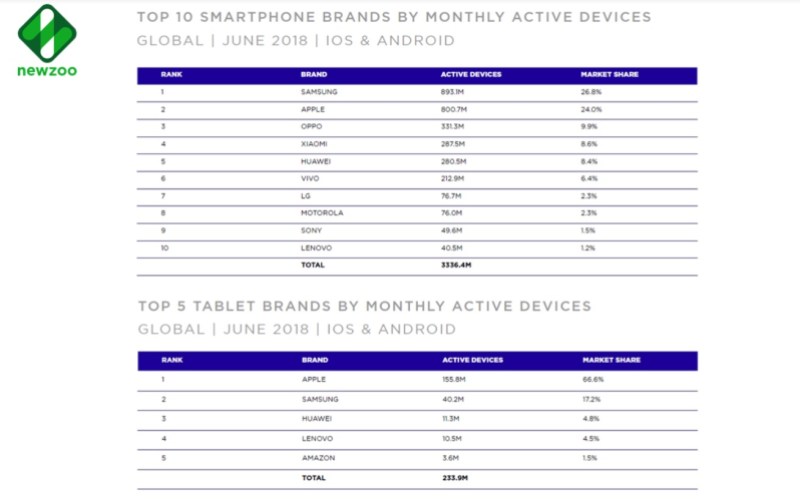 Above: Here’s the rankings of the top mobile phone companies.