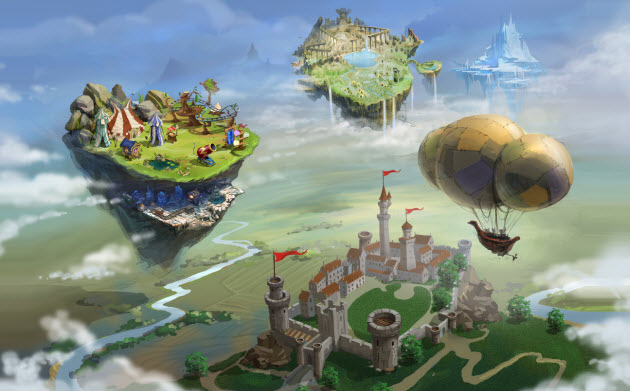 South Korean online gaming powerhouse Nexon has invested in social gaming firm 6waves Lolapps, VentureBeat has learned. The investment, which is expected to be announced shortly, comes on the heels of the merger of two major social gaming firms, 6waves and Lolapps, which announced their own merger two weeks ago.

Nexon’s investment suggests that 6waves Lolapps — with headquarters in Hong Kong and a big office in San Francisco, are poised to mount a credible challenge to the social gaming market’s leaders such as Zynga and Electronic Arts. Nexon is big in online games with titles like MapleStory, a massively multiplayer online game with more than 100 million registered users. But it is just beginning to move into the fast-growing social game market, which has blossomed over the past few years on Facebook.

For Nexon, the deal represents a chance to participate in fast-growing markets and learn from some of the leaders. Meanwhile, 6waves and Lolapps are able to get new capital to fuel an ambitious expansion. Existing 6waves Lolapps investor Insight Venture Partners also participated in the round.

“We are thrilled to be teaming up with 6waves Lolapps in such a significant way,” said Seung-woo Choi, CEO of Nexon in Seoul. “By joining forces, we are combining 6waves Lolapps’ experience in publishing and developing social games with our extensive knowledge of free-to-play games and the microtransaction business model.”

Lolapps has worked with 6waves for some time, using its resources to develop its Raven series of games along with game developer John Romero, who has since founded his own studio called Loot Drop. Arjun Sethi, chief executive of Lolapps, said in an interview that his company will continue to focus on internally produced games built with the Fliso Engine, a Flash game development tool that makes it easy to create large worlds with lots of moving animations. Lolapps recently acquired the engine from Sean Cooper Games and hired its creator.

Rex Ng, CEO of 6waves, said in an interview a couple of weeks ago that his company has a big presence in Hong Kong and Japan and will help the combined company expand its games to Asia. Altogether, the companies will have 120 people, mostly in San Francisco.