As the sole strategic equity investor in Embark, Nexon (the maker of games such as MapleStory and Dungeon & Fighter) will also serve as worldwide publisher for titles that this new company developers. Additionally, Embark CEO Söderlund has been nominated to serve on Nexon’s board of directors; the nomination will be ratified at the Nexon annual shareholders meeting in March.

“I believe games are on the cusp of changing radically, thanks to new technologies,” said Söderlund in a statement. “Connected players, big data, speech recognition, cloud computing, advanced AI and more will open up new play, enabling developers to build a wider range of experiences, and for players to create and contribute. Embark is a group of veteran creators eager to move beyond current play experiences into the future.”

Nexon has been on an investment spree under CEO Owen Mahoney, as he expands Nexon from Asia to the West. It has also invested in companies such as Shiver Entertainment, Big Huge Games, Boss Key Productions, Playfusion. Some have gone well, but some have not. Cliff Bleszinski’s Boss Key Productions, for instance, shut down after its LawBreakers shooter game failed to gain traction amid the success of rival games like Fortnite. 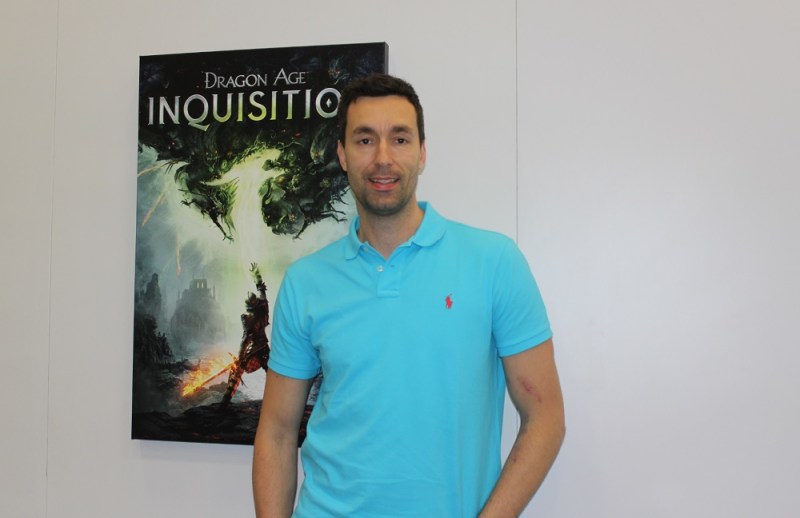 He added, “The partnership between Embark Studios and Nexon is built on a deeply aligned vision about the future of interactive entertainment, and about challenging the standard conventions and practices of how to create. Also, Nexon’s global leadership in nurturing online game worlds and communities for many years is critical to our mission.”

The Stockholm-based Embark seeks to develop new types of interactive entertainment and simulated virtual online worlds enabled by the massive leaps in technology that have already occurred and are on the horizon in streaming, cloud computing, and artificial intelligence. The company will also build its own technology platform to optimize for the new games and experiences it will offer.

“While the online games business is very large, it is still just getting started,” said Nexon CEO Owen Mahoney in a statement. “Today we sit at a major inflection point, with highly advanced AI technology, dynamic provisioning of computational power from the cloud, and new user interface options now offered by multiple vendors and at consumer-level price points. What remains scarce is the ability to make deeply engaging online virtual worlds that appeal to a broad global audience that can grow for many years. The formation of Embark represents one of the most exciting developments for the future of online games.”

Embark will develop the next-generation of online multiplayer worlds leveraging both its leadership’s proven experience creating beloved global franchises, and Nexon’s ability to grow live games worlds for years, even decades. Both Nexon and Embark believe that the next generation of online games will be deeply immersive simulated realities, with persistence and deep consequences for player actions.

Söderlund was the CEO of Stockholm-based DICE, which was acquired by Electronic Arts in 2006. Over the years, Söderlund held many executive roles, and he eventually became executive vice president of worldwide studios, and most recently serving as the company’s chief design officer.