Next Games, which is making high-profile mobile games like the upcoming The Walking Dead, has acquired its neighbor, the mobile game studio Helsinki GameWorks.

Helsinki is full of mobile gaming talent these days thanks to hit mobile games from companies like Supercell, the maker of Clash of Clans, and Angry Birds studio Rovio. Next Games wants to be, well, the next one to come up with a hit, but it isn’t waiting until it launches its first big game into a mobile market that’s expected to grow to $20 billion (or even more) by the end of 2014.

Under this deal, Helsinki-based Next Games is adding a veteran game development team and a new product roadmap. Next Games plans to build a portfolio of diverse games, developed both internally and externally. 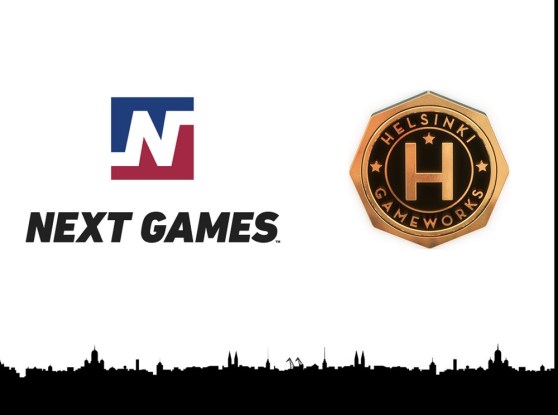 Above: Next Games and Helsinki GameWorks logos

“I am extremely pleased to welcome Helsinki GameWorks’ employees to become a part of the Next Games family. At Next Games we’ve focused on two key areas from the very beginning: building a robust portfolio and rock solid roadmap of games as well as ensuring we have an experienced team working on it. Joining forces is a logical move, as our first games will launch very soon and the next productions are being ramped up,” said Teemu Huuhtanen, the CEO of Next Games, in a statement. “The veteran team and IP from Helsinki GameWorks will be a huge asset.”

“The whole Helsinki GameWorks team is truly excited to help form an even stronger Next Games together. To be able to work with such a talented veteran team on some of the most exciting IP in the world is a once in a lifetime opportunity,” said Kalle Kaivola, the CEO of Helsinki GameWorks, in a statement.

Next Games has appointed Kaivola as Head of Licensed Games. He will oversee the production of The Walking Dead: No Man’s Land game based on AMC’s popular The Walking Dead TV series. Before founding Helsinki GameWorks, Kaivola held the position of senior vice president of product and publishing at Rovio.

Next Games was founded in 2013 by veterans from Rovio, Supercell, and Disney. It raised $6 million earlier this year from investors including IDG Ventures, Lowercase Capital, and the company’s original investor, Jari Ovaskainen, who was also an early investor in Supercell.