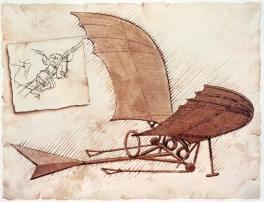 Here in downtown San Francisco, you’d think Google’s Nexus One was duking it out with the iPhone for top slot in the mobile world. It’s a really great gadget.

But worldwide, mobile ad network AdMob — soon to be owned by Google unless the acquisition is blocked by regulators — has issued a report today that says only one in 50 mobile ad requests to AdMob in March came from an HTC-built, Google-branded Nexus One phone. There’s a chart in the report where, compared to the plot lines for other phones from HTC and Motorola, the Nexus One is almost unfindable. Motorola’s Droid phones draw 16 times as many ads through AdMob’s system. 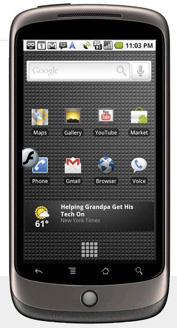 This isn’t the first batch of bad numbers for the Googlephone. Six weeks ago, mobile app analytics firm Flurry reported that Nexus One sales seemed weak based on Flurry’s own data. They estimated Nexus sales at just over 10 percent of the number of iPhone sales in the first few weeks after launch — 135,000 versus 1.05 million. And remember, those early iPhone buyers spent $600 for the phone, making the $179 Nexus One a bargain for early adopters.

I was cautious about calling Google’s phone a flop at the time, but AdMob’s report is hard to brush off, given the pending Google acquisition. And I refuse to buy into the apologist creed that the Nexus One was designed for a small number of super geeks, in order to influence the wireless industry through them. Whatever secret documents are floating around Google’s offices, I’m sure none of them say, “Acceptable market share: Two percent.”

The easiest explanation for Nexus One’s fizzle is that Google messed up by choosing to sell it exclusively online. The more sophisticated analysis going around is to blame Google’s carrier partner T-Mobile for not pushing to sell the phones in its stores.

The consumerist response is, “Why didn’t Google go with Verizon instead?” Google had, in fact, planned to offer Verizon-ized versions of the phone, pairing the premium handset with America’s largest high-speed wireless network. But this week the Verizon link on Google’s purchase page changed from “Coming Soon” to a promo for Verizon’s Droid Incredible, a second-generation Android phone from HTC that goes on sale this Thursday, April 29th. Again, I doubt this is part of Google’s master plan.

There’s one mitigating factor worth a mention: Based on who totes a Nexus One in my local personal network, it’s reasonable to wonder if Google may have countered its own interests by creating the favorite phone for people who truly, deeply, passionately love to block ads.