Nimble VR is revealing its Nimble Sense technology today, which lets you use your hands in virtual reality worlds.

Virtual reality’s ability to transport you to an immersive world has generated a lot of excitement for company’s like Oculus VR, which Facebook acquired earlier this year for $2 billion. But the visual experience of virtual reality has been limited so far.

“The Oculus Rift brought your eyes and your head into VR,” said Robert Wang, founder of Nimble VR, previously known as 3Gear, in the video below. “We’re bringing your hands.”

San Francisco-based Nimble VR is launching a Kickstarter crowdfunding campaign to fund its depth-sensing camera, which recognizes your gestures and translates your movements into virtual reality experiences.

“Whenever people try virtual reality, the first thing they do is try to use their hands,” Wang said.

Over two years, Nimble VR has developed skeletal hand-tracking software for every depth-sensing camera on the market. But it decided to rebrand from 3Gear to Nimble VR and create a new camera just for VR. The Nimble Sense has a 110-degree field of view that is optimized for interaction with the Oculus Rift developer kit 2 and other upcoming head-mounted displays. The camera system and a bracelet for attaching to an Oculus Rift DK2 are available to Kickstarter supporters for $99.

Nimble VR uses time-of-flight depth sensing technology, where a camera sends out a signal, bounces it off an object, and detects its position, shape, and movement based on what bounces back over time. 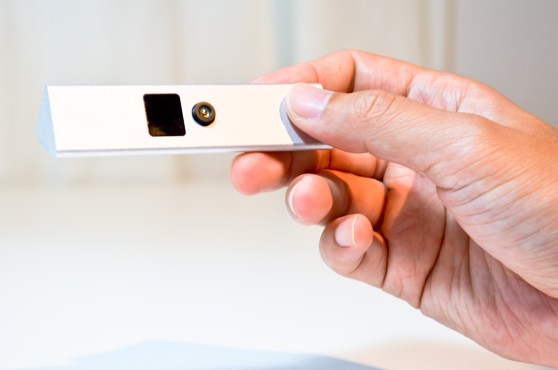 “The power of virtual reality puts you into a different world, and now with Nimble Sense you can bring your hands with you” said Wang, in a statement. “Anywhere you look you will be able to see and use your hands with a new generation of games and applications designed to let you naturally interact in virtual reality.”

Nimble VR is beginning to work with developers to create experiences for hands in virtual reality using the camera-based hand tracking. After that, somebody is going to have to come up with something that lets you “feel” an object in virtual reality with your virtual hands. Developers can use a free Nimble VR software development kit and Unity Technologies toolkits to invent new experiences in virtual reality from ultra-realistic 3D manipulation to giving gamers superpowers.

“When you create realistic VR games, users are going to want to reach out and interact just like they do in the real world,” said Blair Renauld, developer of future dystopias and the VR game Technolust, in a statement. “I think simple and accurate solutions to placing your hands in VR are going to be a major step forward for developing new gaming experiences that only work in virtual reality.”

“This degree of interactivity is essential for experiences like [the game] Ethereon, where puzzles are the backbone of the game design and require an intricate level of interaction,” said Tony Davidson, developer of VR game Ethereon, now on Kickstarter, in a statement. “With only a few basic commands I’m able to define the interactions needed for a given puzzle by using the provided SDK — no other technology offers the ease of use or more natural form of interaction than the Nimble Sense — for both user and developer.”

Based in San Francisco, Nimble VR comprises a talented team of virtual reality engineers from companies including Pixar, Lucasfilm, Industrial Light, and Magic R&D. It was founded in 2012. 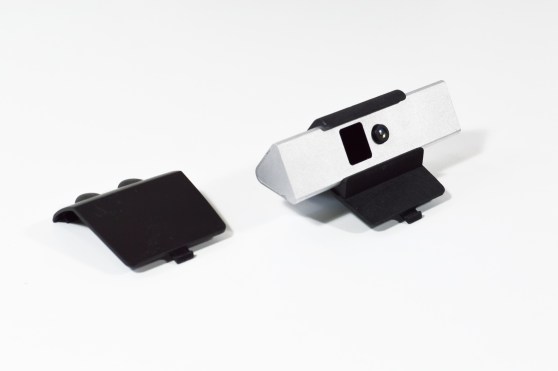