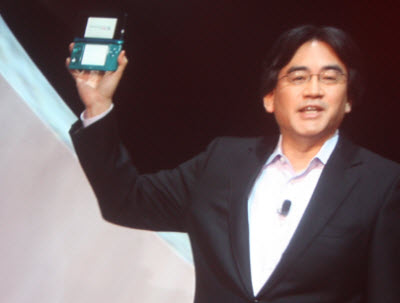 The announcement was expected, but Nintendo also announced a wave of support for the new handheld device from throughout the video game industry.

The 3DS looks like an ordinary DS handheld, but it comes with a special screen that can be used to view images in three dimensions. It comes with a 3D slider to adjust the screen so that your eyes can see the images properly, even if you don’t have stereoscopic glasses to align the view of 3D images. 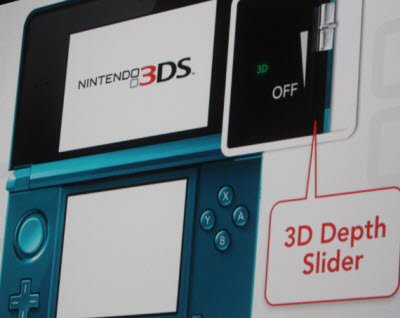 It also has a touch panel and much better graphics than the traditional Nintendo DS handheld, which has sold more than 100 million units since 2004. It has a motion sensor and a gyroscope. Those features are nods to the popularity of the iPhone, which has similar tools.

It is compatible with the Nintendo DSi and has two cameras on the outside of the case. You can thus take photos and videos in three dimensions. Nintendo didn’t try to show the 3DS imagery on stage, but it did have lots of models on display (with the pretty real-life models pictured below) for the press to view. I tried it out, viewing both a movie and a game demo, and it worked great. 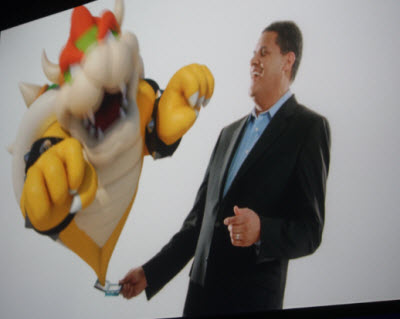 Nintendo will make its own games for the 3DS, but it will also have its biggest third-party support ever, Iwata said. Nintendo is working on a 3D version of Nintendogs, dubbed Nintendogs + Cats. Supporters of the 3DS include Activision Blizzard, which is working on DJ Hero in 3D, Square Enix, THQ, Electronic Arts, Capcom, WB Games, Ubisoft, Namco Bandai, and Konami. The latter drew cheers because it will do a Metal Gear Solid game for the 3DS. 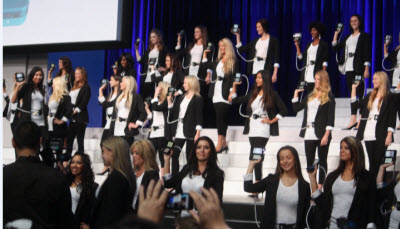 It can also play 3D movies from the likes of Disney, Warner Bros. and DreamWorks. A few years ago, Nintendo’s Project Sora was established to create games for the Nintendo 3DS. That game is called Kid Icarus Uprising.

Iwata said that 3D viewing will improve the ability to navigate through terrain. In sleep mode, the 3DS can link to other nearby Wi-Fi connected 3DS devices. It can communicate without interrupting a game.

The picture below is Nintendo’s mockery of 3D glasses, which are being advocated by other game and electronics companies. 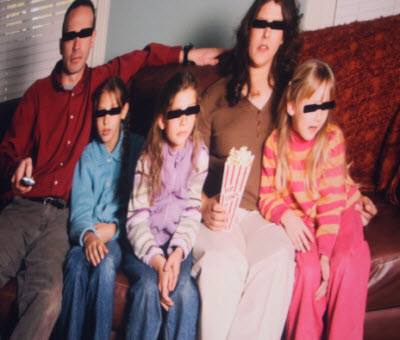