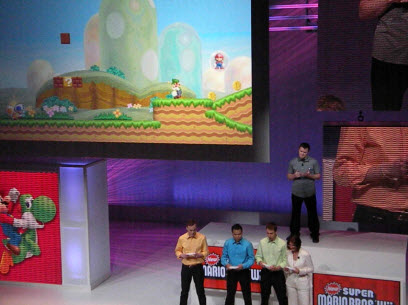 Nintendo is launching a new version of Super Mario Bros. for the Wii this fall as part of a line-up it believes will keep it in the dominant position in the video game business.

The company made the announcement at the E3 game conference in Los Angeles, where 40,000 game industry people are gathered this week to promote new games coming out this year.

Nintendo trots out Mario every couple of years or so with a new kind of game that keeps fans coming back. This new Wii game lets four players join together to play the traditional side-scrolling game in a cooperative mode.

Mario will be making another appearance, too, since Nintendo will be launching Super Mario Bros. Galaxy 2 for the Wii. That’s a sequel to the original galaxy-trotting game that helped make the Wii a success a couple of years ago.

It’s the first in a long list of titles coming for the Nintendo Wii and DS platforms. The breadth of titles shown at the company’s press conference today shows that the Wii and DS have become huge platforms for game publishers. The aim of many of the games is not to pound Sony and Microsoft into the dust but to expand the market to those who currently don’t play games. That includes women, girls, and older adults.

The growth among those players, as well as the low $249 price of the Wii, is one of the main reasons the Wii has been a smashing success. Those players are flocking to the Wii because of the motion-sensing controller, which you control by waving around. It’s easy to learn and not intimidating.

Now Nintendo is making that Wii remote better. The company said the Wii MotionPlus controller accessory, which makes wrist actions more accurate, will debut on July 26 with the launch of Wii Sports Resort, the sequel to the game that comes bundled with the Wii. That Wii MotionPlus, which uses new gyroscope chips for better accuracy, is Nintendo’s answer to the gesture control systems that Microsoft announced yesterday and which Sony is expected to announce as well.

Reggie Fils-Aime, president of Nintendo of America, said that third-party support for Nintendo is stronger than ever. He noted the Wii MotionPlus accessory will be supported by Electronic Arts’ Grand Slam Tennis and Tiger Woods Golf PGA Tour 10 (the golf game will come bundled with the accessory). Sega’s Virtual Tennis 2009 will also use the Wii, as will Wii Sports Resort launching July 26.

Cammie Dunaway, head of sales and marketing for Nintendo of America, said that Wii Fit has now sold more than 15 million units in 13 months. The game, which comes with a Wii Balance Board that measures your weight and how you’re leaning, gets gamers off the couch with exercise games. Coming this fall is Wii Fit Plus, a Wii MotionPlus-compatible title with a bunch of new exercise games. 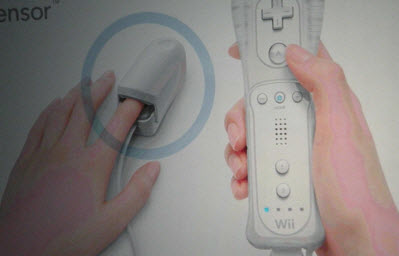 Dunaway said that Nintendo has sold more than 1 million units of the redesigned Nintendo DSi (which has two cameras and other new features) in North America in the past two months. The company is touting the DSi’s cameras as a way to introduce and support new user-generated content. You can upload photos with your DSi and share them with your friends on Facebook. (So much for Microsoft’s Xbox 360-Facebook advantage).

Nintendo President Satoru Iwata took the stage late in the press conference to address how the company would keep going after the “maybe” gamers, or people who don’t play but just might. It estimates there are 295 million gamers in the U.S., Europe, and Japan. Another 149 million are “maybe” gamers who might play, given the right game. Iwata says it’s dangerous to make games harder for the hardcore gamers. But it’s also not satisfying for hardcore gamers if companies make games too easy. The secret is to create approachable games with a surprising amount of depth. 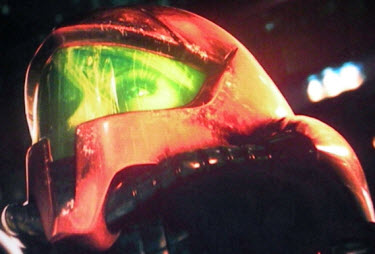 Satoru also gave the audience a sneak peak at the new Wii Vitality Sensor. You insert your finger, and it measures your heartbeat. With this accessory, games can detect how nervous or relaxed you are and could thus actively encourage you to improve your health by relaxing, Iwata said.

Other big third-party games coming for the Wii are Electronic Arts’ DeadSpace: Extraction, a Resident Evil game from Capcom, and The Conduit shooting game from Sega. Nintendo has an edgy game coming of its own. Tecmo’s Team Ninja is creating a sci-fi game Metroid Other M, which will be published by Nintendo. That’s a new version of the long-running Metroid series of shooting games.

After reviewing all of the content from the three press conferences, I have to say I was least impressed with Nintendo’s new games and its new technology. The Wii Vitality Sensor might be nothing more than a gimmick. It’s too bad that Nintendo didn’t show off an outstanding game to go with it.