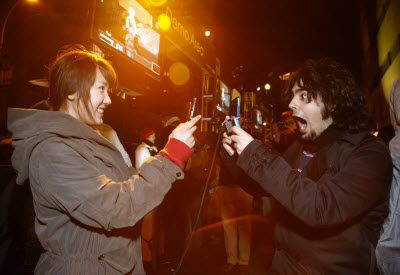 Nintendo said that its U.S. launch of the new 3DS gaming handheld — which lets players see images in stereoscopic 3D without special glasses — was the best it ever had.

The initial launch figures aren’t available, but getting record numbers at the outset is important because it will help Nintendo grow support for the handheld, which it hopes will last for years to come. And it’s also impressive considering all of the competition from tablets and smartphones.

Nintendo said in a statement, “U.S. day-one sales numbers for Nintendo 3DS were the highest of any Nintendo hand-held system in our history.”

Nintendo said more details about U.S. sales numbers will be made public on April 14, when first-week U.S. sales figures will be tallied by the market researcher NPD Group. Overall, Nintendo’s goal is to stave off rivals like the iPhone and iPad 2 and get as many units in place before Sony comes out with its NGP gaming handheld late this year.

Nintendo has projected that it will sell 4 million 3DS units this month across the U.S., European and Japanese markets.

Meanwhile, Nintendo of America president Reggie Fils-Aime told CNN that glasses-free 3D is a big deal but Nintendo isn’t likely to use it for its next home console. Satoru Iwata, chief executive of Nintendo, said that in our interview last year when he noted that the technology Nintendo uses works fine for small screens but not for TV-size screens. That’s because the sweet spot for viewing is narrow on the screens and you would have to be facing the TV head-on to get a good view.