The Nintendo Switch comes with an innovative new Joy-Con controller that has multiple functions, such as detecting objects with a camera and hand gestures.

The Joy-Con controllers can be attached directly to the Nintendo Switch console, which is debuting worldwide for $300 on March 3. Nintendo talked about the details in a webcast today.

The controllers incorporate some of the motion-sensing that Nintendo introduced with its Wii console, but they are also packed with more technology.

The system will include the main console, Joy-Con (L) and Joy-Con (R) controllers, a Joy-Con grip (to which two Joy-Con are attached and used as one controller), a set of Joy-Con wrist straps, a Nintendo Switch dock (which holds the main console and connects it to a TV), an HDMI cable and an AC adapter. 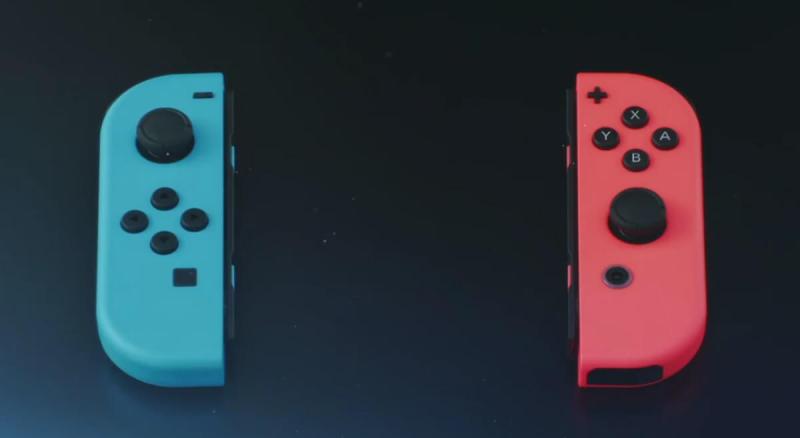 The versatile Joy-Con controllers offer multiple new ways for players to have fun. Two Joy-Cons can be used independently in each hand, or together as one game controller when attached to the Joy-Con grip. They can also attach to the main console for use in handheld mode, or be shared with friends to enjoy two-player action in supported games.

Each Switch Joy-Con controller has the usual four ABXY buttons and a joystick on each side. You can pull the controllers off the Switch console, and then you have two mini Joy-Con controllers. Nintendo calls this “sharing the joy,” according to Yoshiaki Koizumi, Nintendo Switch’s general producer.

One of the mini controllers has a home button, and the other has a capture button, so you can take screenshots with the press of a button (and later, video, though that’s not ready at launch). 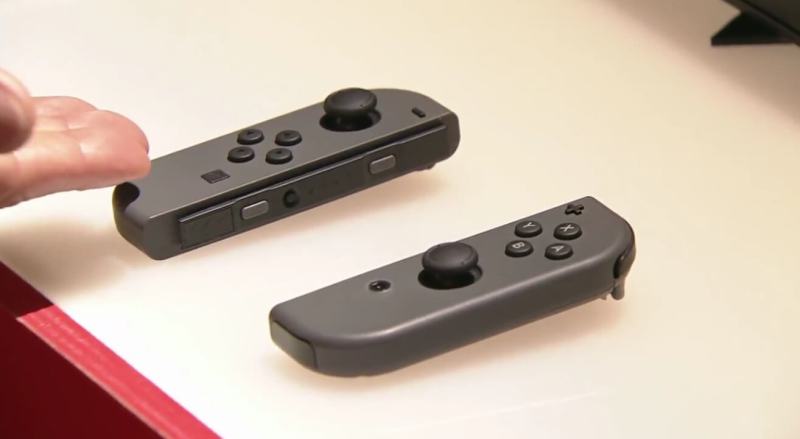 Each Joy-Con also has a camera and motion detection. Each controler includes an accelerometer and gyro-sensor, making independent left and right motion control possible. The right Joy-Con has an infrared motion camera that can detect the distance, shape and motion of nearby objects in specially designed games. For example, it can tell how far away a player’s hand is, and even if the hand is forming a rock, paper or scissors shape.

You can detect objects in front of the controller (as in the picture at the top), and you can wave each one around like a gun or a wand. Both Joy-Con include advanced HD Rumble, which can provide compatible games with subtle vibrations that are much more realistic than before. The effect is so detailed that a player could, for example, feel the sensation of individual ice cubes colliding inside a glass when shaking a Joy-Con, Nintendo said.

The controllers come in neon blue and red. Each one has a near-field communications (NFC) reader and writer, so that you can read data from a Nintendo Amiibo toy.

The details confirm a report we published earlier about some of the details of the Switch hardware.