Nintendo said it is upgrading its forecast for profits in the fiscal year ending March 31, thanks to strong sales of the Nintendo Switch and games that run on it.

Nintendo said that its revenues would hit $11.48 billion in the fiscal year, about the same as it had predicted in October. But the Kyoto, Japan-based video game company said its operating profit would be $2.75 billion, up from a previous forecast of $2.38 billion.

The Switch is far more successful than the predecessor Wii U, which only sold 13.56 million units and 103 million copies of software. 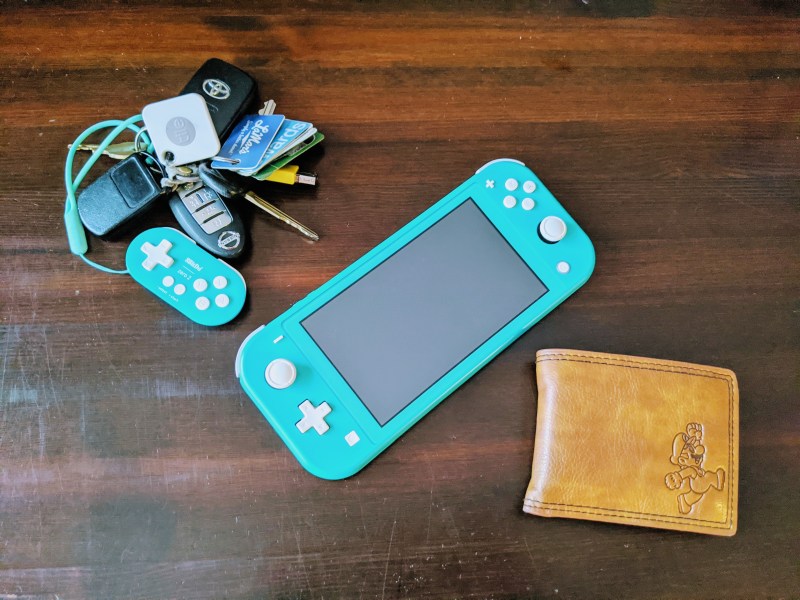 Above: Nintendo Switch Lite and other stuff that goes in my pocket.

So far, Nintendo and other publishers have had 21 titles that have sold more than a million units in the current fiscal year.

Nintendo Switch Online and other digital revenues were up 48% from a year earlier, and the mobile business saw revenue rise 10.6%.

Nintendo is forecasting that it will sell 19.5 million Switch units during the fiscal year ending March 31. Of that, Nintendo expects it will 5.2 million Switch Lite units.