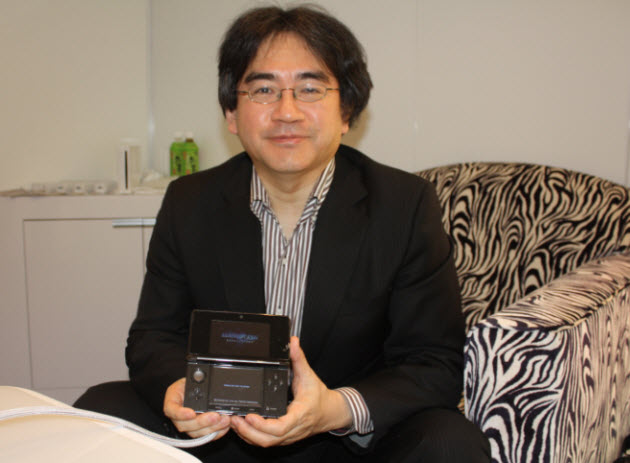 Satoru Iwata, chief executive of Nintendo, proudly waved the Nintendo 3DS on stage this week as the company showed off a surprisingly well received handheld game player that can depict movies and games in 3D without the annoying 3D glasses. We caught up with Iwata at the end of the E3 video game convention to talk about how Nintendo created the handheld, which was the talk of the show. We also talked about the state of Wii gaming and a bunch of other subjects. Here’s part 2 of our interview. For part one about the 3DS, click here. 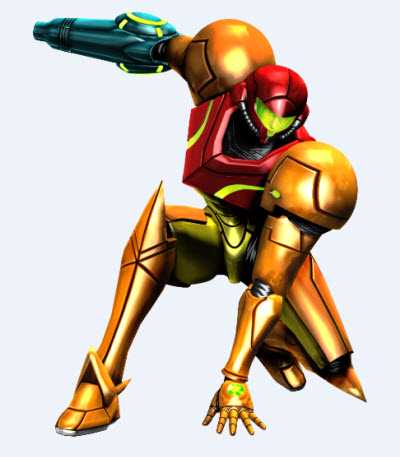 VB: 2010 has not been a great year for video games in the U.S. The recession is lingering. You have had a shortage of Wiis. And the number of Nintendo blockbuster titles has been thinner. How concerned are you about 2010 sales?

SI: I cannot say that the recession has no effect on the sales of video games. My belief is we should not blame the bad economy for the cause of slow sales of video games. The slow sales must be due to the lack of great software that everyone wants to buy. We have not shown off the great attractions of whatever we are selling. This is not the problem of Nintendo alone, but the entire video game industry. After all, something that is really fresh can make our industry grow. The important thing we have to tackle is making attractive games and marketing them well toward the end of this year. I think the whole industry should be more cautious about how we act and how the general public perceives us. In the past, the formula was to make the computer graphics more gorgeous. It used to fit the taste of the majority of the gaming audience, but it doesn’t work so well in this day and age. It’s more difficult for us to come up with something new and different and show people how different we are. The whole industry has to recognize that. Looking at the product line-ups this year, these titles might have been big hits three years ago. But now this year, they are not selling that much. In other words, people get tired of games more quickly than they did before. When you look at our 3D games concept, we recognize it will not be eternally appealing. However, it’s not a shallow concept that can be forgotten as a momentary fad. 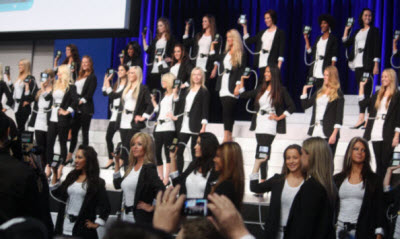 SI: When we launched the Wii, few people were willing to bet on Nintendo’s plans at that time. But that is something that many third-party publishers came to regret. For Nintendo, the support of third parties was not good with the launch of the Wii and we felt we had to rectify that situation. Nintendo was more proactive in approaching third-party publishers at an early stage, and those third-party publishers wanted to provide games based on their top franchises earlier than they have before.

VB: Where is your heartbeat monitor from last year’s E3? 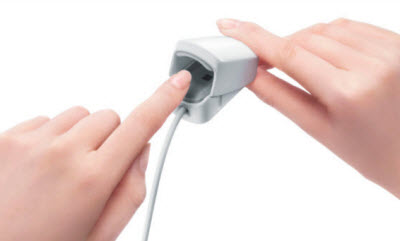 SI: The Vitality Sensor was something we reviewed before E3. We looked at all of the things that we had going on in the showcase. We realized we had too much. When we thought about our own booth, I could imagine a long queue of people waiting to play The Legend of Zelda: Skyward Sword, and another long line of people waiting for the 3DS. On the other hand, the Vitality Sensor demands that you calm down and relax. We had to conclude it was not a perfect match for E3, at least for this year. We are hopeful we can announce something about it later. We are progressing with development, and we would like to launch it in the near future.

VB: If Zelda is not shipping in 2010, what is your biggest title this year? 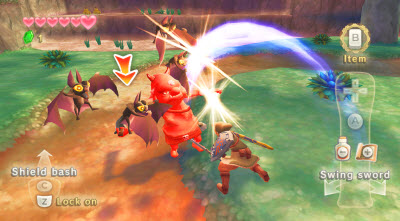 SI: We have Super Mario Galaxy 2 already on the market. I think that will continue to sell. We have Metroid: Other M coming in August. We have Donkey Kong Country Returns, Kirby’s Big Yarn, and Wii Party. These are the big titles for the Wii.

VB: How do you feel about introducing a new video game console?

SI: The way we decide about introducing new hardware is to talk to our software developers. If they start demanding new hardware by saying the current hardware is not good, that is the time to announce the new hardware. Fortunately, they have not started complaining about that. We always prepare new hardware. But this is not the time when we need to announce it. I do not know when the time will be when we need to talk about it in the future. This has proven to be frustrating for the hardware developers inside Nintendo. They have no ability to decide when they can make the next hardware available. Because it is unique, this gives us an edge.

VB: What do you think of Microsoft Kinect and Sony Move?

SI: Unfortunately, I have not experienced play with Kinect or Move. But before I can talk about it, as I said before, making a comprehensive experience possible in one packaged hardware solution is ideal. Asking consumers to pay more for additional hardware is not ideal. If I were one of the developers for Kinect or Move, I would wonder if Microsoft or Sony would have a large enough installed base of this accessory to justify investment in a game. When you look at the Wii, it’s a completely different story. Every single Wii accessory in the market supports motion control, and developers feel no anxiety about making motion control software. We started the motion-control experience with Wii Sports. Then we added Wii Fit and Wii MotionPlus. This year, we are adding motion-sensing control to the Legend of Zelda franchise. If we keep introducing something new, I don’t think we need to be concerned about what other companies are doing.

VB: It looks like Microsoft wants to cut prices, though it’s not entirely clear what they are doing. They have a lower price on the Xbox 360 Elite and Arcade units. They are discontinuing those models. They say they will have something at the Arcade level at a $199 price point. They will address that later. Are you expecting a price cut and do you think the Wii also needs a price cut?

SI: I am not in a position to know what the companies are doing. As for Nintendo, we do not have any complete plan that we are ready to announce now. We believe prices for our products are competitive enough.