GamesBeat: If it is a transition year to the NX next year, how do you look at how you want to operate and achieve this year?

Moffitt: I don’t know if I’d call it a transition year. We have the gas pedal to the floor on Wii U and 3DS. The games we showed today and the games we’ll have coming next year are a demonstration of that. Eight games coming between now and the end of the year on Wii U, starting with Super Mario Maker. They’re games that reach all audiences. There’s something for everyone. For casual or family gamers, you have Super Mario Maker coming. You have Yoshi’s Woolly World. Mario Tennis. That’s on top of Mario Party 10. We launched Splatoon recently. That’s a great year in itself.

With 3DS we have six games coming between now and the end of the year. Animal Crossing on 3DS and Wii U as well. You have Star Fox on Wii U for core gamers. Xenoblade X is coming for core gamers. We’re not thinking of this as a transition year. We want to maximize the potential for both Wii U and 3DS. We have third-party content coming on both as well. This is our opportunity to demonstrate all that is possible with the GamePad.

When you look at the quality of content that’s available on our system—One way to look at quality, the gold standard of quality as far as we’re concerned, is games that get an 85 critic score on Metacritic, and also have an 8.5 score from users. I think it’s important to have both points of view. We have 23 games, far more than any other platform, that meet that standard of quality. For gamers that haven’t yet bought a Wii U, clearly the best games in this generation are available right now on Wii U and 3DS. There’s a ton of great content to play for those who haven’t bought already, and for those who are already enjoying Wii U and 3DS games, who knows how many more of these games we just talked about will also rise to that quality standard? There’s a lot we have coming for both core and casual gamers alike. 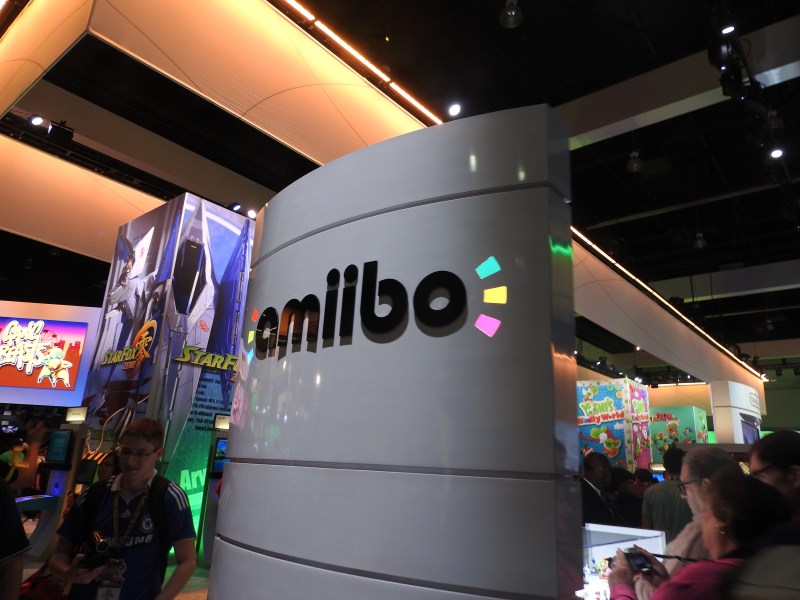 GamesBeat: When you start to get ready for DeNA and mobile and the market next year, it seems like you have to think about a much wider audience. How does that change your thinking about what Nintendo has to be next year?

Moffitt: Here at E3, we’re not talking much about DeNA and our entry into mobile or the next generation of consoles. There will be time in the future to talk about that. We’ll prepare for when the time comes, well in advance of when the time comes. But my goal right now is to talk about the games we have coming this year that are great to play, the growth we’re seeing in 3DS, the growth we’re seeing in Wii U. The 3DS in the U.S. is now over [15] million units installed. We’re trying to push that number as high as we can with the content we have coming. We’ll discuss those new business opportunities when the time comes.

GamesBeat: Splatoon is a big success and a new IP. I wonder if that success makes Nintendo think a little differently about new ideas. You could have made that a Mario game.

Moffitt: You’re probably right. That could have been under Mario. We love the fan response to Splatoon. It’s gotten off to a fantastic start worldwide. It’s driving console sales for us. It’s generated Wii U momentum, and that’s momentum we’re going to carry through to Super Mario Maker, Star Fox, Animal Crossing, Amiibo Festival, and beyond.

I don’t know if you’ve had a chance to play the game, but I loved the comment coming out of E3 last year. “Who would have thought the No. 1 FPS game at E3 would be developed by Nintendo?” The reaction we’re getting from our fans is “It’s a great game I can play, but I also finally have an FPS game that I can play with my son or daughter and feel good about it.” You still have all the fun elements of strategy in that game, of weapon selection. There are new maps being released, new content being released every week for that game.

It is a new IP that we believe has a bright future. I’m convinced that game is going to have a great holiday. A lot of fans are reading and hearing about it now. They’re going to want to get in and play that game. It has different modes that appeal to different kinds of gamers. It’s a pick-up-and-play FPS for people who haven’t played an FPS before. It allows you an easy on-ramp. But the ranked mode is as hard as it gets for core gamers that want an intense experience. The four-on-four multiplayer is where the game shines, but the single-player mode is getting a lot of positive buzz as well. There’s a lot to be unlocked and enjoyed and appreciate in that game.

GamesBeat: You’ve been getting into esports as well. That seems like another one of those opportunities.

Moffitt: It is. Smash Bros. has been an esports fan favorite for many years. Now, for the second year, we’ve hosted a tournament. Last year, we had the Smash Bros. Invitational at E3. Fans got to see that game and play through it for the first time. This year, with the Nintendo World Championships, we had a huge success. Our fans across the country loved seeing real game fans enjoying real games, not rehearsed moments. The injection of real fans into the mix, people who got to enjoy some beloved games and some new games like Splatoon, gives everyone a chance to celebrate what they love best about our games.

For us, when we have the right content, those kinds of experiences lend themselves to the fun and competition that can be had on our platforms. If you think about it, not a lot of other companies could host an event like that, with games going back that far and all the way to today. The variety of content and the breadth of types of competition—not a lot of companies could do that.

GamesBeat: It’s interesting to see how skillful people have become over the years.

Moffitt: I’m always blown away by the skills of some of our game fans. The finals couldn’t have been any better. You had one contestant in the finals who’s a well-known Nintendo professional, if you will, somebody who clearly has a reputation. And then his co-finalist and the ultimate champion was someone who came through the open side of things, somebody who tried out at a Best Buy, just walked up and signed in, and played his way into the final to become the champion. He was there on stage with Mr. Miyamoto at the end. It was a great celebration. I’m glad our fans enjoyed it. 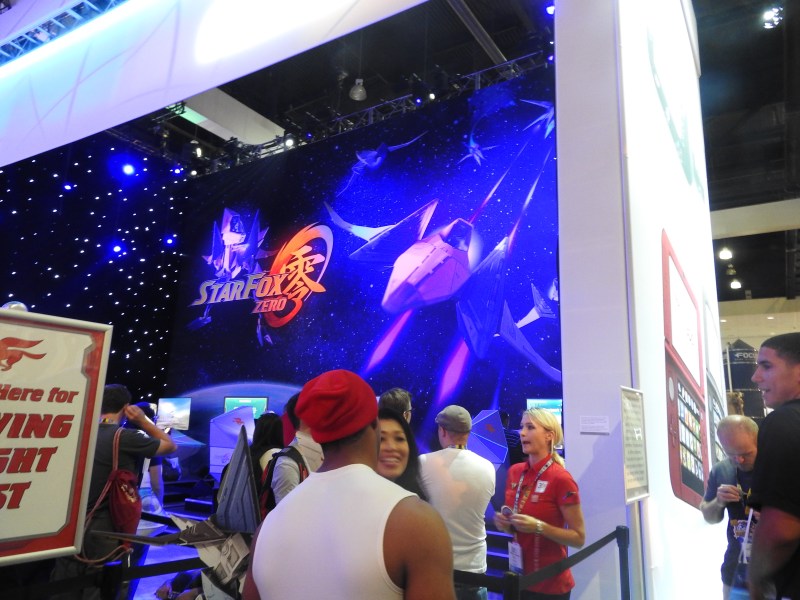 GamesBeat: It’s a reminder that other companies, like Google or Amazon or Facebook—they can come into this business, but they don’t have that. They don’t have people who’ve played their games for decades.

Moffitt: The history of innovation we’ve had and the good will of our game fans are things we cherish and value very highly. We have a lot of mutual respect.

GamesBeat: You’re going to have to go to war with Star Wars this year, though, in a lot of ways. Star Wars: Battlefront, the Infinity guys. It’s a Star Wars year.

Moffitt: A lot of good content is coming from a lot of different angles. I’m excited to see fans respond to some of our third-party support. We have good partnerships we’re showing off here at E3 with Disney, with Warner Bros., with Ubisoft, with Activision.

Certainly one of the surprises out of our showing today was the partnership with Activision on Skylanders, with the first ever integration of a couple of beloved Nintendo characters in a Skylanders level. It shows some innovation and some transformation, again, on our part that was a pleasant surprise for game fans.

GamesBeat: Even in Fallout, there’s a Donkey Kong game.

Moffitt: [Laughs] Some collaborations will work well, some won’t. But from a third-party standpoint—in addition to all the first-party exclusives that you can’t play anywhere else, great third-party content continues to come on to our platform. We have good support from those companies with Just Dance, with Lego Dimensions, with Activision’s franchises.

GamesBeat: One of our editors noted that Japanese RPGs are doing very well in the West now.

Moffitt: Yeah, we’ve seen that trend now for two or three years. We’ve been pleasantly surprised with the reaction to games like Fire Emblem Awakening on the 3DS, and Bravely Default. We had Xenoblade Chronicles and now Xenoblade X, which is hopefully going to do for the Wii U what Fire Emblem and Bravely Default did for the 3DS. The genre does seem to be generating a growing following in the U.S. for fans that embrace that gameplay, who appreciate the battle systems, the leveling up, the challenges you can find in games like that. The art style has always been admired, but there’s a growing group of fans who really embrace all that those Japanese role-playing games bring.

GamesBeat: Will you be giving fans more of that? Maybe developing RPGs yourselves?

Moffitt: Yeah, whether it’s collaborations with other Japanese developers or games of our own that bring some of those elements. Mario & Luigi, as we showed today with Paper Jam, combines some of the world of Paper Mario, the characters and elements of gameplay there, but brings it into a role-playing game like the Mario & Luigi series. There’s a variety of RPG content to enjoy on both of our platforms. 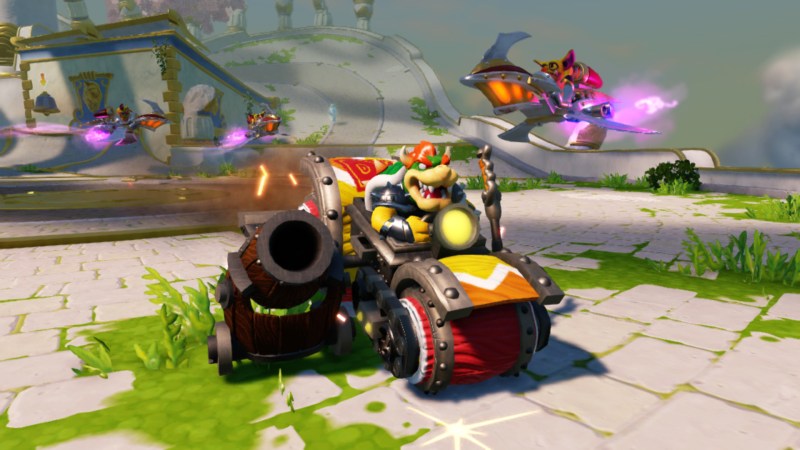