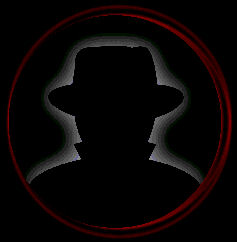 The Atlantic has a Really Bad Idea of a headline today: “U.S. To Be Hit By Massive Cyber Attack On Feb. 16. Asterisk.”

Many people who’ve seen the headline belief there’s an actual attack planned by some hostile group. Or, they’ve read the article and think there will be a test attack on the Internet.

No. What’s really happening is a game put on by the Bipartisan Policy Center. There won’t be any actual cyberattacks. Game players will gather in a room and pretend there are attacks. They’ll be told via information cards handed to them during the game that, oh, say, Google is offline and all Gmail accounts have been erased.

But no one’s actually going to put packets on the wire. There won’t even be a pretend cyberattack on the Internet. No TCP/IP tricks. Just a bunch of role-playing gamers.

A cyber attack is going to be war-gamed, in public, for all the country to see. It will be quite realistic, featuring senior intelligence and national security officials, including former directors of intelligence agencies and combatant commands and homeland security advisers. A production company has been hired to re-create a White House Sit Room in the Mandarin Oriental Hotel, and professional scriptwriters have been working with experts to create a real-life scenario.

The sponsors of the event include companies with financial stakes in the future of cyber defense — General Dynamics is one — but also companies whose transactions are the lifeblood to the American economy, and who want to foster a greater sense of urgency among the public and policymakers. (PayPal has joined as a sponsor.)

Actual participants don’t know what’s going to happen. I have a general idea, but I have been sworn to keep the scenario a secret until it unfolds. It will be, I can say, dynamic — runners with cards will enter the “Sit Room” with new information. It is not obvious. And it will not be easy to mitigate.

I’ve been trying to reach either the author, Atlantic politics editor Marc Ambinder, or editorial director Bob Cohn, to talk to them about this unintentionally misleading headline. No luck yet. Update: The Atlantic’s office was closed on Wednesday because of the severe blizzard on the East Coast. I talked to Bob Cohn on Friday morning. He says the Atlantic’s staff were pretty sure that the headline and story wouldn’t confuse readers. But, as three different VentureBeat reporters observed separately, it did.