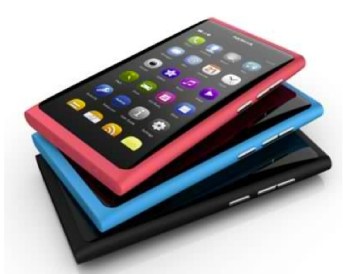 The reliance by Apple and Android phones on the “app” as the central metaphor is “outdated,” he said.

In a wide-ranging interview, Chris Weber, President of Nokia, head of North America, downplayed expectations that we’ll see a U.S. superphone release by Nokia this year.

Until now, many people had hoped to see Nokia’s first U.S. smartphones based on Windows Phone 7 as early as this year. But under questioning, Weber would confirm only that the phones would first hit the U.S. “in volume” in 2012. He said Nokia CEO Stephen Elop had committed only to releasing a Nokia Windows Phone device “somewhere” this year, but would not say whether this would be in more than one market or whether or not the U.S. would be included.

Nokia is already bleeding market share, and it needs to get this release right. But if it Nokia misses another holiday season, it’s just another blow to a company that is taking forever to get its act together.

Why can’t Nokia be firmer in its commitment? Weber cited the complex set of relationships and agreements needed before launching a phone, including getting carriers on board.  That in itself — Nokia’s willingness to court U.S. carriers and release subsidized phones exclusively through them — is an about-face in strategy that he is bringing to Nokia’s superphone restart.

Weber (pictured right, below) cited an effort to consolidate many of Nokia’s U.S. operations in Sunnyvale, a project he says resembles running a start-up. Since Weber joined Nokia in February, he’s already changed 80 percent of his leadership team, noting that he has “10 to 11 new direct reports” out of a total of 14.  Weber had left Microsoft in December, after running enterprise sales for the software giant. 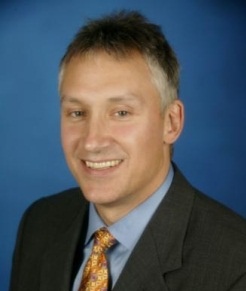 The interview came on the heels of Nokia’s confirmation earlier in the day that it is killing its Symbian operating system, and also that it won’t be releasing the company latest N9 phone in the U.S. The N9, a phone built on an operating system called Meego, was an experiment and won’t be replicated, Weber confirmed in the interview.

Nokia’s future phones will merge the latest Microsoft Windows Phone software based on the Mango update (which Weber said has had great reviews) with Nokia’s hardware, which he said boasts reliability and phone call quality. Weber cited state-of-the-art imaging technology and battery performance as areas Nokia phones would excel in. Weber also said Nokia may beat competitors on pricing, thanks to the company’s significant global reach, which gives it economies of scale.

Moreover, Weber said the company will launch its superphone portfolio with a focus on U.S. market, because he said winning in the U.S. market is what it takes to win globally. He also confirmed that Nokia will back the launch with the company’s largest marketing effort to date, though wouldn’t go into specifics.

Weber called Android and the iOS phone platforms “outdated.” While Apple’s iPhone, and its underlying iOS operating system, set the standard for a modern user interface with “pinch and zoom,” Weber conceded, it also forces people to download multiple applications which they then have to navigate between. There’s a lot of touching involved as you press icons or buttons to activate application features. Android essentially “commoditized” this approach, Weber said.

Nokia, by contrast, will offer a more seamless and efficient interface with its “live tiles and hubs” approach. It does this via Microsoft’s Windows Phone operating system, where applications will be integrated into everything you do. For example, if you want to communicate with a business contact, you select the contact from your address book, and then communicate in any way you want — via LinkedIn, Facebook or Twitter — without having to open those individual applications. That’s because everything is built around contacts, not applications. And your profile and most important contacts are represented by tiles on your home screen, which update dynamically as you or your contacts make status updates. On the iPhone and Android, by contrast, the home screen icons remain static.

Still, much of this “hubs and tiles” approach has been a feature of Microsoft’s Windows Phone OS since its launch about a year ago.  It has yet to demonstrate significant traction, though it’s also early days still.

Now Nokia is clearly betting on Microsoft’s latest update to its OS, called Mango. It was just released to developers three weeks ago.

Here’s one killer feature afforded by Mango: Using it, Nokia phones will be able to use voice commands to complete tasks without ever touching the phone. Weber demoed this feature for me (but unfortunately, wouldn’t let me shoot video of it), but here’s how it worked: When I texted him, his phone received the text and then automatically read the message out to him. He then directed his phone — again, using only voice — to reply to me with a spoken message. It arrived on my phone promptly. He did all this without ever touching his phone. And he’s said he’s used the voice feature to conduct scores of phone conversations, too, answering and hanging up without ever touching the phone. That’s pretty cool, indeed.

In fact, we’ve previously referenced this technology. However, Weber said the feature is much better than Android or Apple equivalents, because with those competing phones you have to touch the phone each time you want to initiate their voice-to-text features.

It’s a certainly a good feature to showcase, but its also not a game-changer, that massive overhaul that could give Nokia a decisive lead.

It’s not clear exactly how Nokia plans to distinguish itself from the host of other manufacturers — HTC, Samsung and LG — who are also committed to building phones on Mango.

Weber kept stressing Nokia’s superior hardware. And Nokia will also benefit from its relative leadership in location-based services via its ecommerce and maps offerings, which it owns directly, and therefore can monetize more effectively.

And at least when it comes to beating Apple and Android, he pointed to the strategic partnership with Microsoft as a way to overtake them on the enterprise side, too.

“We’re way ahead of them [Apple and Google],” Weber said, referring to exploiting cloud technology to offer things like cross-platform services in the enterprise.  This includes better phone integration of various mail systems, for example.

With help from Microsoft, Nokia is able to offer a mix of personal storage (25 GB of Skydrive storage comes on the phone he was demoing) and cloud services through things like Office 365, and private enterprise cloud offerings. Files can be stored from the phone using any these technologies, he said.

Weber’s honing a fine marketing message. But the jury is still out. Only when we get our hands on the new phone will we know if Nokia has turned the corner. It sure looks like Nokia can become a big player in mobile, but there’s no evidence it has anything to retake the lead with.

(The video of my interview with Weber is below. This followed an off-video interview. Apologies for the sound in some places.]