HMD Global, the business vehicle set up for the express purpose of bringing Nokia-branded mobile devices to market, has announced the first phone to emerge from the 10-year licensing arrangement announced earlier this month.

The Nokia 150, and the 150 dual-SIM variant, aren’t much to write home about. The basic feature phone costs a mere $26 before taxes and ships with a 2.4″ screen, built-in FM radio, MP3 player, and a handful of games. As with many “dumb phones,” the promised battery life is pretty outstanding, with talk time of 22 hours and standby time of 31 days on the single-SIM version. The phones will be available “globally in select markets” across Europe, APAC, and IMEA from Q1 2017. 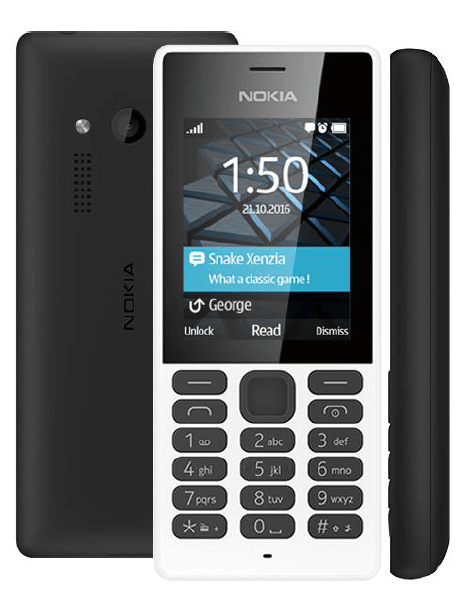 While this isn’t a major launch, it represents a notable milestone in Nokia’s evolution. The company famously exited the smartphone market when it sold its mobile phone unit to Microsoft in a $7.2 billion deal back in 2014. And in the intervening years it has operated two core divisions: its network infrastructure business, Nokia Networks, and consumer-focused Nokia Technologies, which has been fairly quiet — aside from its virtual reality (VR) Ozo camera and the recent acquisition of digital health-tracking company Withings for $192 million.

Back in May, Microsoft confirmed it was selling its feature phone business — the one it bought from Nokia — to FIH Mobile, a subsidiary of Taiwan-based electronics giant Foxconn, and a new Finnish company called “HMD Global” for about $350 million. HMD Global is a new private company created under Nokia’s steam, however Nokia is not an investor or shareholder — instead, it will receive royalty payments from HMD for every device sold.

Nokia has previously revealed that in addition to a new slate of feature phones, which remain popular in many emerging markets, a whole new line of Android smartphones and tablets will be coming out in 2017. So today marks the first step in Nokia’s official return to the mobile phone realm, albeit as a brand licensor rather than as a manufacturer.