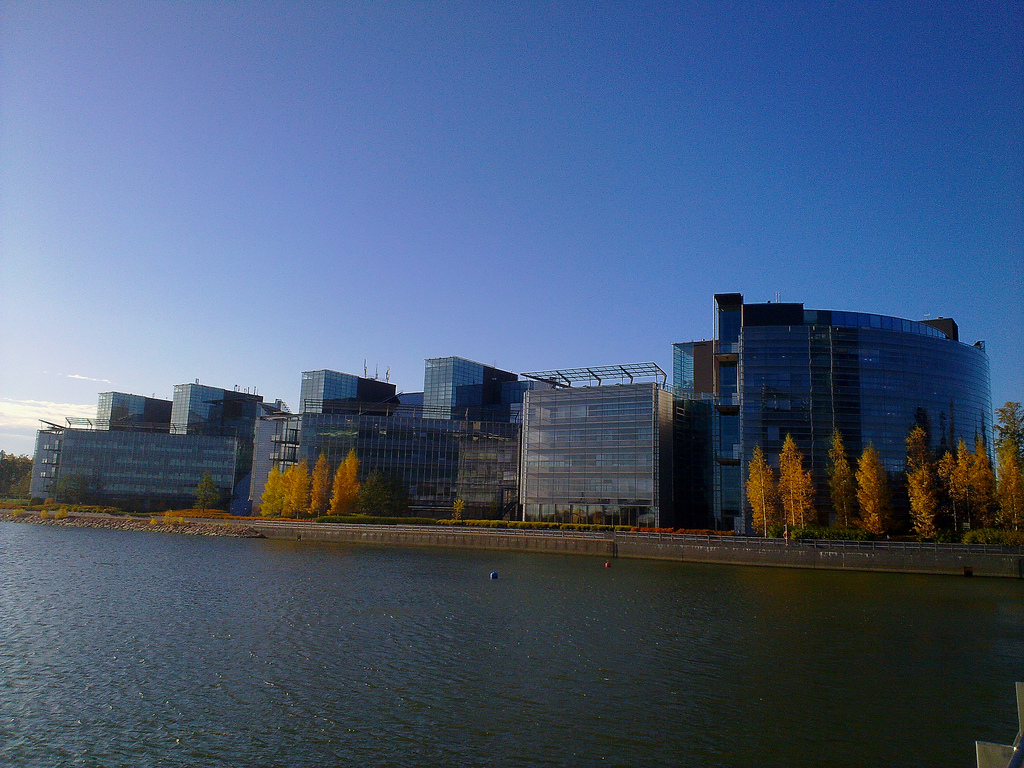 If you can’t sell phones, you must sell something else. For Nokia, that something else turns out to be its home office building in Espoo, Finland.

As previously rumored, Nokia has agreed to sell its head office building to a Finnish commercial real estate company, Exilion, for €170 million ($222 million U.S.). Part of the agreement is that Nokia has agreed to a long-term lease of the property.

“Owning real estate is not part of Nokia’s core business,” Nokia’s chief financial officer Timo Ihamuotila said in a statement, adding that “We are naturally continuing to operate in our head office building on a long-term basis.”

That long-term basis is very much in doubt, however.

For 14 years, Nokia was the king of mobile, selling more phones than any other manufacturer. That reign ended this summer, when Samsung took the title, but truthfully, it was over in effect before it was over in fact. In October, Nokia slipped out of the top three smartphone manufacturers globally, winning a pitiful four percent — four percent! — of the global smartphone market as Apple and Samsung took over half of the market by themselves.

That’s down from 31 percent in January … a precipitous decrease in a market that Nokia helped invent.

What that pitiful market share in the most profitable sector of the mobile market translates into is massive burn rate. In the first six months of 2012, Nokia burned through an incredible €940 million. That’s $1.3 billion U.S — a massively unsustainable cash flow crisis. At that rate, the $222 million in proceeds from the sale would only cover a single month of operations.

Of course, Nokia has been and will continue to cut costs, trimming 10,000 jobs in June of this year. And the company hopes to do better in the smartphone marketplace as Windows Phone, to which the Finnish company has hitched its wagon, makes strides in the market.

But even though the company still sells many, many phones to developing sectors of the market, Nokia’s future is very much in doubt.